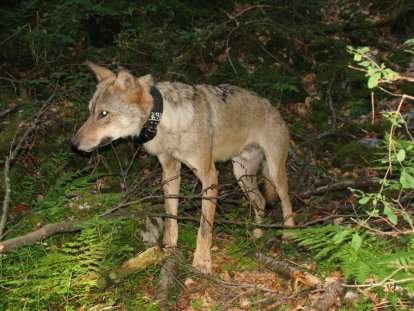 On 1September 2010, as part of his research of wolf populations
in Gorski Kotar, Dr. Josip Kusak of the Faculty of Veterinary Medicine
of Zagreb equipped one more wolf with a tracking collar. The wolf is a
male, weighs 36 kilograms and is 3.5 years old. It was given the name
W26-Karlo. The wolf was captured in the territory of the Hilda pack which
lives in the surroundings of Mount Snježnik. Whether it actually belongs
to this pack has yet to be confirmed. There are some six to seven wolf
packs in Gorski Kotar, and the territories of four of these packs extend
into neighbouring counties and into Slovenia as well. 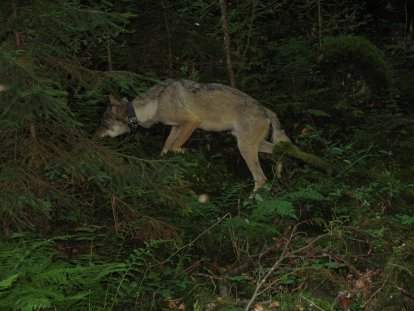