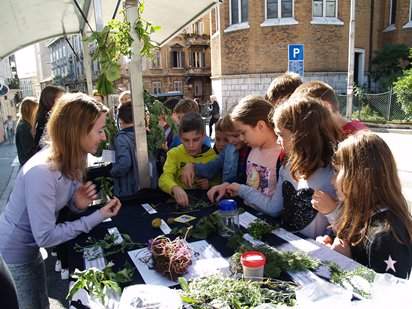 Back in prehistoric times, man used caves as permanent or temporary shelters, and also as places for performing religious ceremonies and burying the dead. Today, caves and swallow holes offer the challenge and opportunity to discover locations in which man has never set foot.

The entire area of Primorje-Gorski Kotar County, like half of Croatia’s territory, is situated on karst relief that comprises soluble rock full of underground caves and other interesting geological phenomena typical of karst. These include sinkholes or dolines, streams, ponors, springs and canyons, all of which are made by water. Due to a shortage of water and arable land, and the fact that the mountains are often almost inaccessible, Croatia’s karst areas have always been sparsely populated. From the modern nature lover’s point of view, this is an advantage because these areas are to a great extent well preserved and are characterised by an exceptional biodiversity with particularly rare and interesting underground fauna.

Life underground has different rules to that on the surface. The temperature does not change here, the humidity level is high, and it is dark all the time. Because of the lack of light, there are no plants, so all underground organisms have to adjust to a lack of food, which is only brought to them by water from the surface. This is why their metabolism is so slow and their life expectancy longer than that of related species that live on the surface.

Underground areas need to be protected for many reasons. Caves in which a new animal species is first found and described are particularly important. Such caves are known as a locus typicus or type locality.

Individual sites are also protected because of their extraordinary beauty and fascinating geological structures. In addition, a great part of the drinking water in karst areas comes from underground karst springs. This means that by protecting the underground world, we protect our own health.