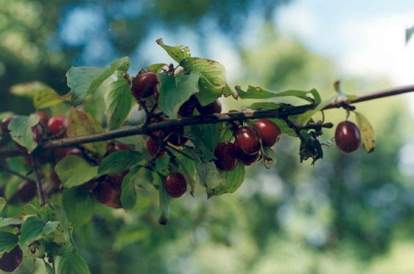 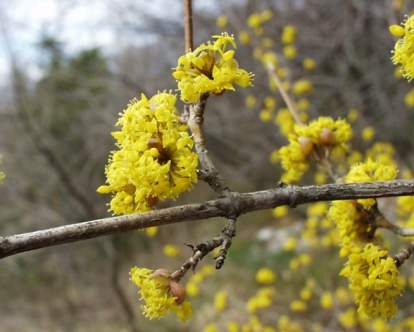 Photo 1. Cornelian cherry is one of the first trees to bloom in the spring,
but its fruit takes long to ripen (Photo by M. Randić).

CORNELIAN CHERRY, BEARS AND DROUGHT IN THE LITTORAL

No matter how long the bears wait this year, they will
not get to enjoy the tasty red cherries, at least not in the Littoral,
where the cherries have withered and dried while still on the branches,
before the juicy pericarp had a chance to develop around the seed (compare:
sites.google.com/site/drendrenova/hot-news-1/susaupropastilauroddrenjulanadrenovi).

The reason for this was the long-lasting and unusually
strong drought throughout the summer months. The drought also caused the
leaves of some other trees, which are often found in the vicinity of the
Cornelian cherry, to wither as well. Most often the tips of the leaves
and the edges of the blades withered. From a distance, you could see the
rusty colour of the dry leaves of many Montpellier maples (Acer monspessulanum)
on the stony slopes of southern exposures, for example, at the foot of
Kamenjak and in the areas surrounding Rijeka. The limes on rocky slopes
also withered, but like many other trees, they started to sprout new leaves
once the heavy rains began.

Bears often come down into the thermophile forests of
the Littoral in search of tasty Cornelian cherries. Unlike this year,
last year the Cornelian cherry trees produced an abundance of fruit. It
was interesting to observe the daily migration of bears from higher to
lower elevations to forage for food. To get to the Cornelian cherries
the bears would come down into the lower parts of the Littoral, and then,
to find some peace and quiet, they would climb back up to the forests
of Mt Risnjak, some 900 to 1000 metres higher than the Littoral! Fresh
bear excrement full of seeds and the undigested remains of cherries made
it easy to follow this migration. Bear excrement could be found at unexpected
elevations above sea-level at which the Cornelian cherry cannot grow because
of the cold. By making these daily migrations from higher to lower elevations
and back, the bears spread the cherry seeds all around. Being a thermophile
plant, the Cornelian cherry cannot grow everywhere but only up to 800
– 900 metres above sea-level, usually on Littoral slopes. The highest
elevation in the Littoral in which it is possible to find well-developed
Cornelian cherry bushes is, for example, the area of Gornje Jelenje (900
metres above sea-level) in the zone of hop hornbeam and littoral beech.

Last year (2011) was also a good year for the common
whitebeam (Sorbus aria). In the vicinity of Mali Platak, while feasting
on the ripe berries, bears broke many whitebeam branches heavy with fruit.
The beech tree also produced an abundance of beech nuts last year, making
the bears’ diet richer and more diverse. This year, however, the yields
of all these fruits of the forest have fallen short. It remains to be
seen how the bears will cope with this year’s shortage of forest fruit.
We will observe their tracks and monitor their movements, and try to let
you know about their “winter behaviour”.

Photo 2. This year the Cornelian cherry has yielded very little fruit
because of the drought in the Littoral. (Photo by Ž. Gržančić).