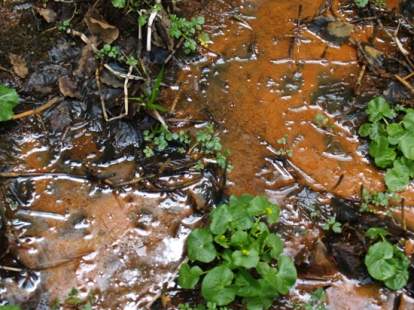 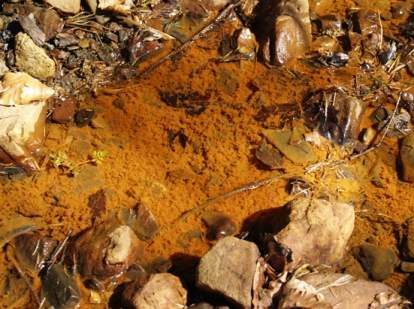 Photo 1. Flaky accumulations of iron bacteria in a runlet from a spring
in the area of Križ Potok near Lokve (Photo by M. Randić)

Wetlands are habitats of global importance. They are
characterised by high biological productivity, unusually rich biological
and landscape diversity, an exceptional ability to filter and purify water
of contaminants, as well as by intricate biogeochemical cycles and intertwined
circulation of matter. Unfortunately, wetlands are greatly threatened,
at both the local and global level, mostly by human activities but probably
by climate change as well. Although many people try to avoid wetlands
and see them as a breeding ground for disease and unhealthful effluvia,
the landscape diversity of wetlands, rich in wetland birds and different
plants, insects and other fauna, is a source of unique aesthetic delight
and recreational pleasure for those who know how to appreciate it.

In many of our wanderings through wetland habitats, we
have come across interesting examples of (micro) habitats that have been
reshaped, or are directly affected, by microorganisms. We have already
reported some of our observations on “Priroda’s” Web pages and
will continue to do so. For example, we wrote about interesting cases
of bacteriosis – nodules caused by certain types of actinomycetes on the
roots of black alder trees on the marshy banks of rivers. We found them
on the roots of alder trees growing along highland streams and the Rječina
River. Occasionally the swollen waters of the river carry away layers
of sand and alluvial deposits from the tree roots, leaving the lumps (actinomycete
nodules) exposed and clearly visible (see link 1).

Every year, P.I. “Priroda” teams up with schools
in Gorski Kotar in efforts to protect the brown frog that has become highly
threatened. Up to date, “Priroda” has collaborated with schools
in Čabar and Gerovo, and in particular with the school in Lokve (link
3). In areas around Lokve and Crni Lug we have found small forest marshes
in many spots, often near frog breeding sites, located alongside springs
and their runlets. In these marshes we have discovered unusual, orange
mats on the surface of mud. Sometimes the entire body of water has a bright
orange-brown-rusty colour. Here and there, the coloured deposits on the
water and the surface of mud have a flaky or cheesy consistency (Photos
1 and 2).

Photo 2. Iron bacteria on marshy soil in the valley of the stream Vela
Voda near Crni Lug. The typical film on the surface of the water is seen
shimmering in the sunlight. (Photo by M. Randić)

Intrigued by this phenomenon, we learned that it is in
fact an accumulation of iron bacteria. Iron bacteria use iron oxides to
live and multiply and they deposit brightly coloured iron hydroxide in
their cell walls. Through chemical reactions involving iron, the bacteria
obtain the energy needed to survive, while giving the water a garish colour.
Generally, iron bacteria are found in iron-rich springs and everywhere
in soils containing iron ore. They frequently occur in marshy terrain,
mires and similar wet areas.

In addition to Gorski Kotar, iron bacteria can also be
found on Krk Island in brackish (salt water) marshes, the largest and
most picturesque being the Meline salt marsh in Soline Cove near Dobrinja
(Link 2). In the south-eastern corner of this sprawling marsh, a small
pond fed by a fresh-water runlet is filled with iron bacteria. The presence
of iron bacteria is identified by the characteristic orange-rusty colour
of the water. The surface of the water is coated by a film that shimmers
in the sunlight, and looks as if it were a thin layer of oil floating
on the surface. Unfortunately, as is frequently the case, people fail
to see this natural phenomenon as being worthy of protection and throw
trash of all types into the pond.

Iron-related colouring, most likely caused by iron bacteria,
occurs in other parts of the Meline salt marsh, for example, on mud in
the central part of the marsh, but is always limited to a very small area.
It appears that mud-burrowing organisms play a certain role is the formation
of the colouring. The orange-rusty “efflorescence” seems to
spring from the small canals made by these organisms, spreading along
the surface of the smooth mud in small fan-like or banner-like flows (Photo
3).

There is also an additional group of microorganisms in
the salty environment of the Meline marsh that is responsible for another
interesting phenomenon: stromatolitic laminations, which obtain a new
“growth ring” or layer each year or in every sedimentation cycle.
These microbial laminations have a pale greyish-green colour. They are
“produced” and built by blue-green algae (Cyanobacteriaceae)
that contain, in their simple cells, chlorophyll needed for photosynthesis.

Similar accumulations also occur on the sandy beaches
of Rab Island. Geologists are especially interested in stromatolites which
they consider to be rare natural phenomena, important on a world-scale.
However, as is usually the case with unappreciated natural assets, the
cyanobacterial mats at the salt marsh in Soline Cove, and probably those
at Rab Island, are subjected to trampling, erosion and destruction, when
they should in fact be conserved as a first-rate natural asset and even
as a potential tourist attraction. More likely than not, bathers at Meline
have no idea of what interesting things can be found right below their
bare feet.

In the karst areas of Gorski Kotar we encountered yet
another interesting feature associated with microorganisms. Although not
as obvious and expansive as stromatolitic laminations, and only some tens
of centimetres long, accumulations of microorganisms at the bottom of
cracks in limestone or dolomite rocks nevertheless caught our attention.
What is unusual is the purple-red colour of these microorganisms that
multiply in the cracks when they are filled with rain water. For now we
do not know which species or group of microorganisms is responsible for
this “coloristic” phenomenon, which has inspired us to continue
researching to unravel this puzzle.

Communities of microorganisms in marshes are exceptionally
diverse and there are numerous interesting examples of these phenomena.
As we have seen, microorganisms are responsible for the different colours
of substrates and water in marshes. For example, mud can be a darker or
lighter colour depending on the amounts, if any, of available oxygen.
Some microorganisms must have oxygen, others can live without it. To some,
oxygen is poisonous. Certain groups of microorganisms in marshes produce
methane (Many of us can probably remember how we used to play at poking
a stick into the mud of a marsh to watch bubbles of gas emerge. Marsh
gas is mostly made of methane.). A completely different group of microbes
-“methane” bacteria – oxidise methane and break it down into
CO2 and water. So, every group of microorganism has its own specific role
to play, roles which are evident in the transformation and circulation
of nitrogen, sulphur, iron… in marshes.

Microbes control and direct the composition and development
of higher-plant vegetation in marshes. Using plant roots, microbes penetrate
anoxic (=without oxygen) layers of marsh soil, and bring with them oxygen
and nutrients that are vital for chemical reactions and the survival of
organisms. Microbes often build intricate competitive and other relationships
among themselves and with other organisms living in marshes. Think of
antibiotics that are so important to us!

Microorganisms can also influence changes in the broader
landscape. An example of this is the travertine deposits in rivers and
springs in the formation of which microorganisms are also involved. It
is less known that they also have a role in the creation of cave formations
in underground cavities in karst. We are all familiar with the large travertine
barriers and cascades on the Plitvice Lakes and Krka River, but few know
that travertine barriers, considerably smaller in size, can be found at
springs and in runlets in the County of Primorje-Gorski Kotar.

Recently, on our Web pages (www.ju-priroda.hr)
we have added two new educational sections “Collaboration with Schools”
and “The Young Naturalist” and a more general section “Interesting
Features”. We invite all those, and in particular, young naturalists
in schools, who are interested in nature and its intriguing features to
send us their observations of nature, some of which we will be happy to
publish and/or comment about on our Web pages. And we are likely to check
out for ourselves any observations that especially grab our attention.

Web pages of P.I. “Priroda” linked to this
topic: 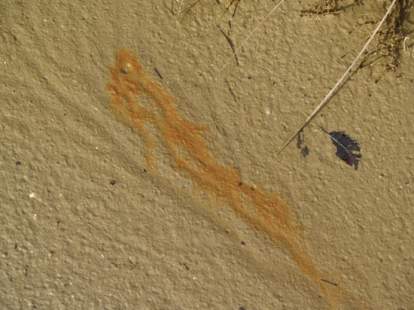 Photo 3. A small rusty-coloured “flow” in the mud of the Meline
salt marsh on Krk Island, probably caused by iron bacteria (Photo by M.
Randić)