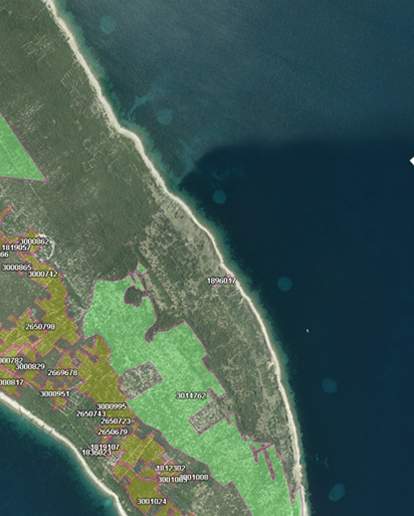 The seagrass circles were discovered by chance during
research conducted as part of the Project for the Conservation of Coastal
and Marine Diversity through the Development of a Mediterranean Marine
and Coastal Protected Areas Network (MedMPAnet). In the summer of 2013,
habitats and species in important NATURA 2000 sites and in marine and
coastal protected areas were mapped. This part of the project was carried
out in collaboration with the “Sunce” Association for Nature,
the Environment and Sustainable Development. While preparing field activities
and examining aerial images in the ARKOD system set up by the Paying Agency
for Agriculture, Fisheries and Rural Development, “Sunce” workers
spotted an unusual phenomenon on the seafloor off the islands of Velike
Srakane and Unije. The image clearly displays ten bright circles imprinted
in Neptune grass (Posidonia oceanica) meadows along the south-eastern
coast of Unije Island. Each circle is about 50 meters in diameter; the
distance between two circles is about 300 meters and the distance from
each circle to the shore is 100 meters on average. A similar pattern was
also detected along the north-eastern coast of the islands Velike Srakane
and Male Srakane: ten perfect circles of about 50 meters in diameter and
three circles which are not completely perfect as they seem to be partially
overgrown by Neptune grass. In a field investigation, divers established
that the bright circles on the image were in fact grass-free areas within
a singular seagrass meadow. Consultations with various experts and state
institutions have failed to uncover the origin of the phenomenon. The
fact that the images in the ARKOD system were taken in 2011 indicates
that the circles have existed since at least 2011 or perhaps earlier.
The regular distribution and the dimensions of the circles suggest that
they are of anthropogenic origin. It is important to note that Posidonia
oceanica, a marine flowering plant, is a strictly protected species according
to the Ordinance on Strictly Protected Species. If the circles in the
sea-grass meadows were made by a legal entity, the Nature Protection Act
foresees a monetary fine of HRK 25,000 to HRK 200,000, while the fine
for a physical person ranges from HRK 7,000 to HRK 30,000.

In the second half of June, PI “Priroda” and
the “Sunce” Organisation will continue research within the MedMPAnet
project and will undertake field activities to learn more about the seagrass
circles. Until then, this phenomenon will remain a mystery. 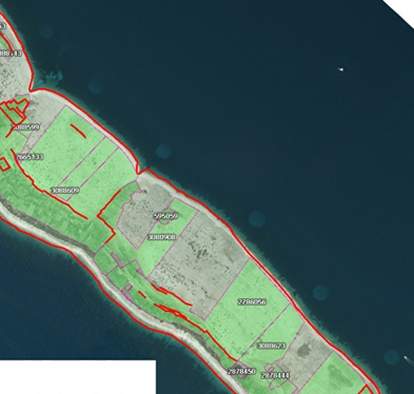