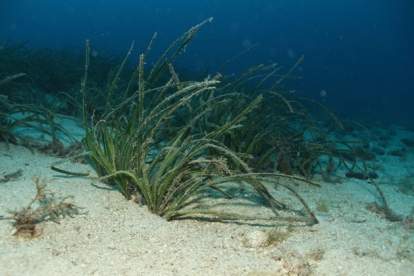 Photo 1. Neptune grass grows on soft sea-beds in a clean and preserved
marine environment, mostly at depths of 1 – 32 metres. (Photo by Mosor
Prvan)

NEPTUNE GRASS – THE NATIVE OF THE MEDITERRANEAN SEA

Four species of marine flowering plants or sea grasses
grow on the soft sea-beds of Kvarner Bay. These plants create so-called
marine meadows. The largest and most important meadows are made of Neptune
grass (Posidonia oceanica), growing at depths from 1 – 35 metres. Other
sea-grass species grow in shallow sea and are found more rarely. Sea-grass
meadows are habitats teeming with marine life, and they are of exceptional
importance to the survival of an entire array of small organisms. They
are irreplaceable habitats where fish and other commercially important
species spawn, and where fry find shelter. All sea-grass species fall
in the category of strictly protected taxa, while sea-grass meadows are
particularly important marine habitats, protected at both an international
level and the EU level by the NATURA 2000 European Ecological Network.

Neptune grass is a plant endemic to the Mediterranean
Sea and, unlike algae, it has well-developed roots, stems, leaves and
flowers. In the expansive sea-grass meadows, individual specimens of Neptune
grass can be up to several hundred years old, making it one of the longest
living organisms of the Mediterranean. Its intertwined, low-lying stems
and erect shoots reduce the loss of sediments caused by sea currents.
Neptune grass plays a vital role in facilitating the circulation of nutritional
salts and the purification of sea water. Neptune grass meadows are the
homes and feeding and breeding sites of over 100 fish species, most of
which are commercially important. The greatest threat to the survival
of these species comes from underwater discharges of wastewater, coastal
land reclamation, anchoring and the use of dredging equipment in coastal
fishing. Because of its importance, vulnerability and level of endangerment,
Neptune grass is classified as a strictly protected species by the Nature
Protection Act, while at the European level it is protected by the Directive
on the Conservation of natural habitats and of wild fauna and flora. The
MedMPAnet project established that the Neptune grass meadows of the Kvarner
marine area are relatively well-preserved in places free of adverse anthropogenic
effects and that these biologically rich marine habitats are invaluable
to marine conservation.