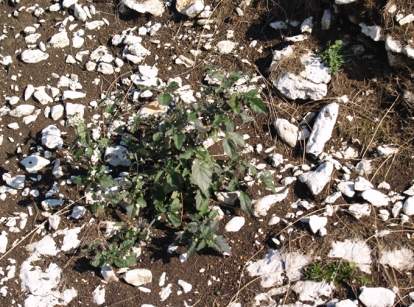 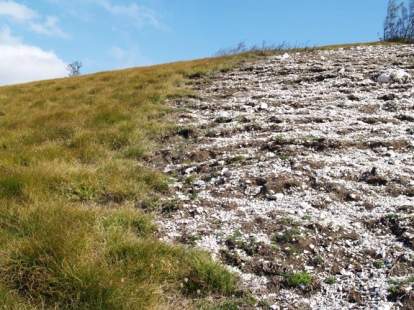 Photo 1: Even one year after the fire, there is a glaring difference between
the burned and unburned grassland area. Photo taken in October 2014 in
the mountainous hinterland of Rijeka (Photo by Marko Randić)

Public Institution “Priroda” has decided to
set up in 2015 a programme to monitor the process of succession (the sequence
of changes that take place in vegetation over time) on the burned grasslands
in the mountainous hinterland of Rijeka, a process that is vital to the
protection and management of NATURA 2000 areas.

There are several grassland areas in the County of Primorje
and Gorski Kotar that are part of NATURA 2000. Grasslands are very vulnerable
habitats, primarily due to woody plant encroachment which has taken hold
because traditional methods (grazing and mowing) of managing these anthropogenically
conditioned and maintained plant associations are being abandoned.

Preliminary observations of burned grassland indicate
that different types of plants react to fire in different ways. Some take
more time to recover, others less. However, we still do not know with
any certainty whether fires play a positive role in the rehabilitation
of rare and threatened NATURA 2000 grassland species. At a burned area
below Mali Platak in the mountainous hinterland of Rijeka, we have observed
that certain species of the perennial pea family (plants of the genus
Fabaceae or Leguminosae) have recovered very well after the fire and that
in some places their numbers have increased greatly in comparison with
their usual numbers on control (unburned) areas. For example, such a plant
is Coronilla vaginalis Lam. that has appeared in large numbers in the
burned area (fire devastated the grassland in the summer of 2014) only
one year after the fire (observations made in the summer and autumn of
2014). A similar but less pronounced recovery was also observed in Anthyllis
vulneraria s.l., another plant of the perennial pea family. The pea family
is known for its ability to co-exist, or live in symbiosis with Rhizobium
bacteria which produce symbiotic nodules on the plant’s roots and fix
nitrogen. Hence, we can expect to see changes in the chemical and physical
composition of soil in burned grasslands (brought about not only by changes
in botanical composition and the increased number of bacteria, but also
by strong erosion and other changes caused by the fire). However, we do
not know how these changes will affect the (accelerated!?) encroachment
of burned areas by woody plants. 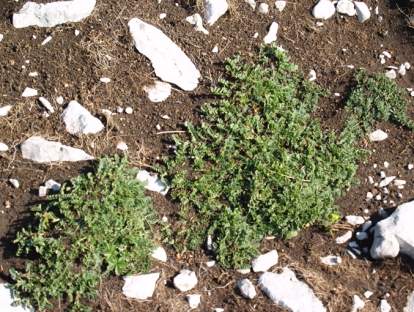 Photo 2. Coronilla vaginalis Lam. has made a good recovery in the burned
area. (Photo by Marko Randić)

Photo 3. Some plants that are not commonly found in unburned grassland
associations are showing up in the burned area. One such plant is the
black nightshade (Solanum nigrum L.), a ruderal species. (Photo by Marko
Randić)