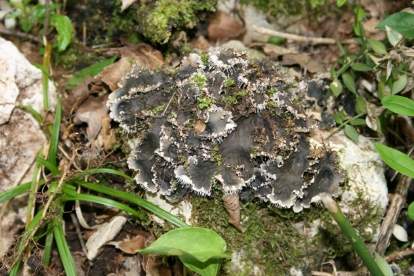 Photo 1. Peltigera praetextata lichen in its forest habitat near Jezero
on Krk Island (Photo by A. Radalj)

Similar to other plant and animal groups on Krk Island,
lichen flora is relatively rich in forms, and it contributes substantially
to the biodiversity of this island of the Kvarner Bay. According to the
latest data published in the Natura Croatica Journal (Ozimec et al., 2009),
lichen flora numbers 137 taxa classified into 70 genera. Also, it includes
a significant number of foliose lichens, some of which are characteristic
of the vegetation of epiphytic lichens of old-growth forests of which
there are but a few remaining on the Adriatic islands. Interestingly,
in this most recent article listing data from all previous researches
of lichen on Krk Island, from the earliest at the beginning of the twentieth
century to the latest, there is no record of any representatives of the
felt lichen of the genus Peltigera.

While conducting field research at Jezero near Njivice,
Mr. Andrej Radalj, external associate of the Public Institution “Priroda”,
ornithologist and outstanding nature observer, came across unusual looking
lichen in the Jarbolac forest region located in the immediate vicinity
south of Jezero. Having never previously seen such lichen on Krk Island,
he assumed that it might be an interesting find. The employees of the
Professional Services Unit of the Public Institution “Priroda”
also found the description of the lichen intriguing, and a joint trip
was organised to the site of the finding. Having examined the site of
the unfamiliar lichen type hidden within the deep sub-Mediterranean forest,
which is a type of preserved climate-zonal association of pubescent oak
and oriental hornbeam (as. Querco-Carpinetum orientalis), we determined
that the lichen is growing in several rich specimens on a moss-covered
boulder alongside a forest path. It was immediately clear that we were
dealing with a species of felt lichen of the genus Peltigera that was
not recorded in earlier data relating to Krk Island (Kušan 1953). We sent
the lichen to Mrs. Anamarija Partl, M.Sc., senior adviser for fungi and
lichens of the State Institute for Nature Protection, for expert identification.
With the help of other lichenologists, she identified the lichen as the
species Peltigera praetextata (Sommerf.) Zopf. of the Peltigera genus.
We take this opportunity to extend our gratitude to Mrs. Partl for the
efforts and knowledge invested in identifying this interesting type of
lichen of Krk Island, especially considering that the genus Peltigera
is very difficult to identify at the species level. The finding of a new
species of lichen on Krk Island is but a small stone in building knowledge
of the mozaic of rich biodiversity in the Jezero surroundings and on Krk
Island, in which lichen hold a special place.

M. Randić i A. Radalj