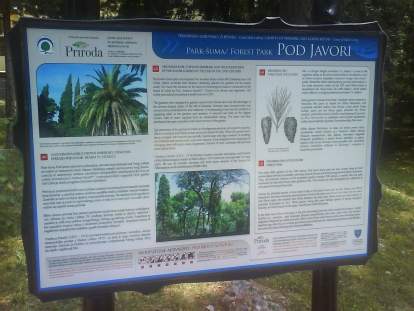 The UN Conference on Environment and Development held in Rio de Janeiro in 1992 adopted five key documents, one of which is the Convention on Biological Diversity. Based on the many, different values of biological diversity (ecological, genetic, social, economic, scientific, educational,
cultural…), the Convention on Biological Diversity calls for signatory countries to adopt the means and methods for conserving the diversity of living species and to ensure the sustained allocation of benefits gained from using biodiversity.

The following is a list of the major benefits most frequently cited in the literature that can be gained from conserving the elements of biodiversity:

The County of Primorje and Gorski Kotar is often considered a region of unusually rich and valuable biodiversity that is of importance on a broader (European) scale. The living world of the County is interesting to naturalists, because, in this relatively small but ecologically
diverse area, the Mediterranean region meets with the Euro-Siberian/North American regions of the northern world (Holarctic). This has resulted in a great richness of biological and landscape diversity.

In this area, diverse influences interlace and different types of plants, fungi and animals intermingle. These are plants and animals that also live in habitats found in Central Europe, the karst of the Dinaride range, the western and eastern Mediterranean. On the highest peaks
of Gorski Kotar, the strong influence of the alpine regions can still be felt.

According to paleontology findings, this area was a refuge for flora and fauna during the last Ice Age. That is why we can today find an array of relict and endemic species that substantially contribute to making even richer the biodiversity of the environmental preserved part
of the County.

It has been estimated that the flora of higher plants (flowering plants and ferns) in the County includes upward of 2700 species. Some of the County’s islands number more than 1300 plant species, exceeding the total number of species in certain European countries. This is where
the last griffon vulture population lives in Croatia, and it is the habitat of all the three large, European carnivores – the wolf, lynx and bear. Many endemic species have also evolved. Among endemic plant species, the most numerous are the endemic species of the Kvarner-Liburnia and the Illyrian-Adriatic
region. Of the fauna, especially interesting are karst fauna and subterranean fauna. Each of the individual geographical regions of the County of Primorje and Gorski Kotar is a world in itself.