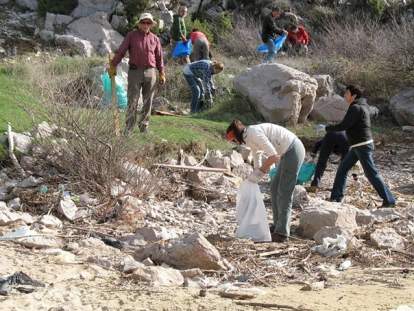 Every year, the bora wind and sea currents deposit piles
of refuse – plastic bottles, driftwood and other floating litter – along
the picturesque sandy beach of Slivanjska Cove, commonly used as a harbour
by the small village of Rudine, and a place where most tourists arrive
from Crikvenica to visit the nearby Biserujka Cave. Because of the approaching
tourist season, the Mountaineering Society “Obzova” organised
a highly successful spring eco-cleaning operation in and around the cove
from 9.30 a.m. to 3.00 p.m. on 10 April. The 25 “Obzova” members
taking part in the operation cleared the area of a mass of refuse and
debris. MS “Obzova” also plans to set up signposts along the
new educational trail connecting Biserujka Cave to Slivanjska Cove. The
Public Utility Company “Ponikva” and Public Institution “Priroda”
provided logistical and financial support for this commendable eco-operation. 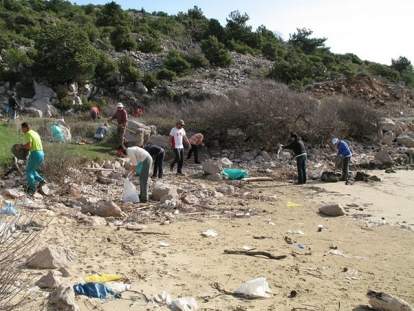