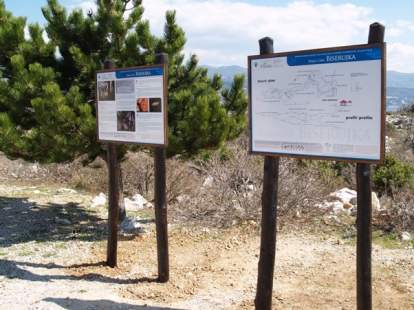 The instructive boards provide visitors with information
regarding the main features of Biserujka Cave, and draw attention to the
fact that the cave represents a vulnerable area of the National Ecological
Network. The cave possesses a number of valuable natural qualities, and
it is vital to the conservation of underground karst habitats. In addition
to describing the cave through interesting facts and drawings, the boards
also underline rules of conduct for visitors to this cave belonging to
the National Ecological Network.

The instructive boards are part of a project to mark
cave structures belonging to the National Ecological Network of Primorsko-Goranska
County. They are the first in a series of seven boards to be set up on
the educational trail that is to connect Biserujka Cave with picturesque
Slivanjska Cove. The cove is commonly used as a harbour by the small village
of Rudine, where most tourists arrive from Crikvenica to visit the cave.
The boards planned along the educational trail will tell visitors about
the various natural phenomena characteristic of the cave’s surroundings:

We believe the trail will play an important role in improving
conditions within the ecological network area and in facilitating visits
to the cave. The trail opens up new possibilities for providing additional
and (we hope) interesting information and activities to visitors and environmentally
aware people. It will help to achieve the required “flow” of
visitors through the cave and in its surrounding area, and to meet the
stringent conditions concerning carrying capacities within the ecological
network area. The educational trail Biserujka Cave-Slivanjska Cove is
planned to open on 16 April 2011 in celebration of International Earth
Day. The boards were made with the financial support of the Municipalities
of Omišalj and Dobrinj. 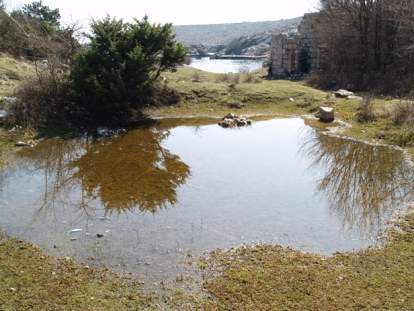 Photo 2. A detail of the landscape along the educational trail Biserujka
Cave-Slivanjska Cove