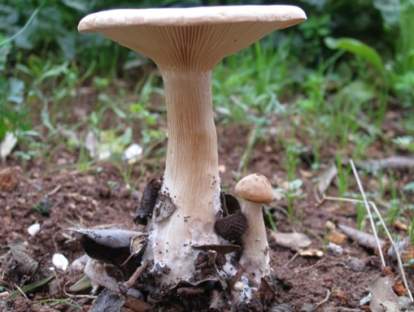 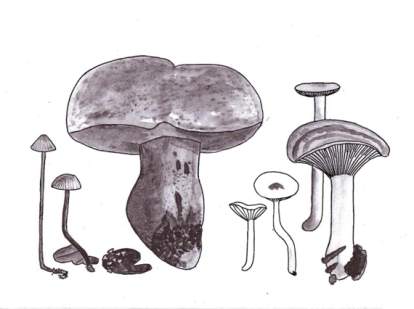 Photo 1. The diversity of fungi in Rječina Canyon – the first results
of reconnoitring fungi in a downy-oak forest habitat: Mycena, Hymenoscyphus,
Boletus, Hygrophorus, Hebeloma and Lactarius (Drawing by M. Randić)

Walking through lovely and preserved natural landscapes
and enjoying the beauty of nature is a bare necessity of urban people
estranged from nature. The Town of Rijeka has exceptionally well-preserved
and beautiful environs, such as the Canyon of Rječina River, which has
been proposed for environmental protection. Located only some ten minutes
by foot from the town centre, this is an ideal site to which the people
of Rijeka can ‘escape’ into ‘pristine’ nature to relax.

Rječina Canyon is rich in landscape diversity and biological
diversity. One of the elements of its biodiversity is an abundance of
fungi species, providing nature lovers and all who are fascinated by the
rather mysterious world of fungi an ideal opportunity to combine recreation
with learning more about the canyon’s natural assets.

This year during Mobility Week we will take this opportunity.
We will spend time in nature and at the same time do sometime useful and
learn about fungi and habitats for the Fungi-mapping in Rječina Canyon
Project. While hiking through the canyon we plan to find and isolate some
ten representative habitats in which we will study and map fungi species
over an extended period. Funded by the Town of Rijeka, this project is
being carried out by the Mycological Association “Ožujka” and
Public Institution “Priroda”. The planned duration of the project
is several fungi seasons. The project began with a scouting of the terrain
to identify the mapping area (see: www.ju-priroda.hr/novosti.asp?id=novosti/111-rjecina-kartiranje.html
).

It is not a known fact that fungi have long underground
networks of branching mycelium filaments which make them excellent bio-indicators,
just like lichen, which are a symbiosis of algae and fungi. In their tissues,
fungi collect and accumulate various substances from their environment,
including many chemical compounds which are pollution indicators. Fungi
also accumulate numerous harmful substances from automobile exhausts!

We invite everyone who is interested to join us in the
fungi-mapping project!

Photo 2. We found this specimen of Clitocybe geotropa on the left slope
of Rječina Canyon, in the Koporovo region located in the broader area
of Pašac. Some mycelium filaments are visible at the base of the stalk.
(Photo by Ervin Raguzin, Mycological Association “Ožujka”)

Photo 3. Ecological contrasts in Rječina Canyon – the evergreen Mediterranean
holm-oak (Quercus ilex) and the deciduous sub-Mediterranean downy oak
(Quercus pubescens), each with their own set of mycorrhizal fungi, grow
side by side on the steep, shady slopes of the canyon. (Photo by M. Randić)