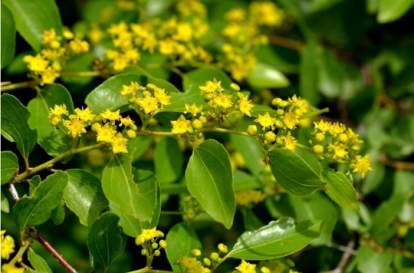 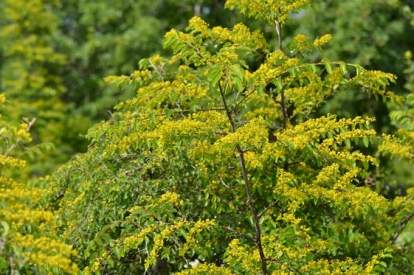 The Republic of Croatia is a party to the UN International
Convention to Combat Desertification (UNCCD) that focuses on countries
affected by strong droughts and/or desertification. As World Day to Combat
Desertification is observed worldwide on 17 June, we would like to take
this opportunity to talk about one of the typical shrubs of dry regions.
Known as Christ’s Thorn, it is a thorny shrub that grows on the Kvarner
Bay islands and along the coast of the County of Primorje and Gorski Kotar,
and is resistant to the weather extremes of those regions. In places it
forms smaller associations on rocky, denuded habitats. It is presented
to you by our associate and outstanding nature photographer Stjepan Janeković:

Christ’s Thorn is a shrub-like, thorny small tree that
grows to about three metres in height and can be found throughout the
Mediterranean and in south-western and central Asia, from Morocco and
Spain to Iran and Tajikistan. It grows in open spaces, frequently alongside
paths and is often used as a natural fence because of its sharp thorns.
The plant can tolerate drought as well as frost up to -15°C. If the external
part of the stem is cut or if the plant is burned, it will always regrow
because of its very deep roots.

It has yellow flowers which grow in small clusters and
blossom from April to July. Its fruit are woody nutlets that look like
tiny hats and are initially yellowish-green but become yellow-brown as
they ripen in the autumn. It is a favorite of beekeepers because it provides
good nectar for bees. The sharp thorns on its stem are pointed backwards
and will snag your skin if you try to pull your arm through it. An old
legend has it that the plant’s spiny branches were used to make Christ’s
crown of thorns; this is reflected in its Latin name. 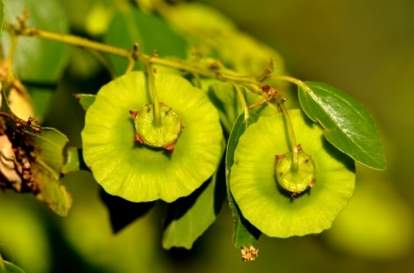