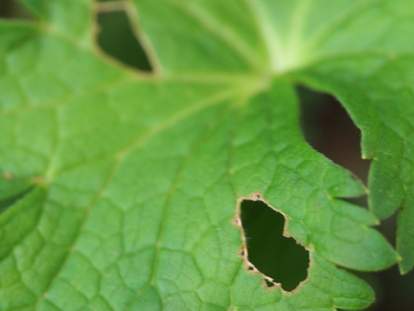 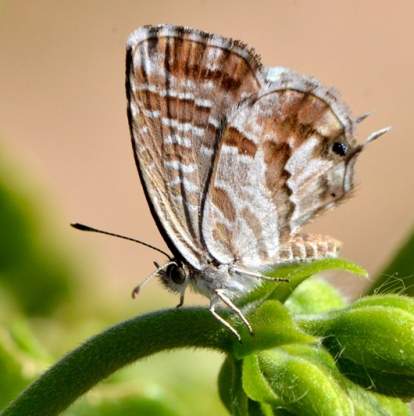 Photo 1. The geranium bronze butterfly on the flowerhead of an ivy-leaf
geranium (Pelargonium peltatum) in the Town of Krk, 27 July 2014. (Photo
by Stjepan Janeković)

Recently on our Web
pages we posted a brief report on the large-scale appearance
of the geranium bronze butterfly in the Town of Rijeka.

After the report was posted, Mr Stjepan Janeković, an
associate of PI “Priroda”, contacted us with information about the appearance
of the butterfly on Krk Island (Town of Krk). He has published an interesting
and informative article about the butterfly in the journal Krčki Val.
With his kind permission, and courtesy of the Editor in Chief of Krčki
Val, we bring you a
copy of the article.

It is important to note that possibly the first case
in Croatia (Cf. Kučinić et al., 2013) of geranium bronze caterpillars
feeding on the leaves of a species of ornamental cranesbill (Geranium
sp.) was recorded in the Japanese garden of the Vežica Elementary School
in Rijeka.

Our small “jigsaw puzzle” of observations could prove
helpful because it is important to establish the appearance and spatial
distribution of this invasive butterfly species within the complex mosaic
of its spreading, which it seems is partially dependent on current climate
changes and fluctuations. 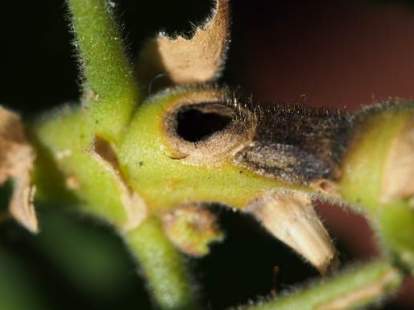 Photo 2. The caterpillar of the geranium bronze butterfly bores into the
stem of a geranium. This is followed by a secondary fungal infection which
can cause considerable damage to geraniums cultivated as ornamental, balcony
plants. Rijeka, Vežica, September 2014. (Photo by Marko Randić)