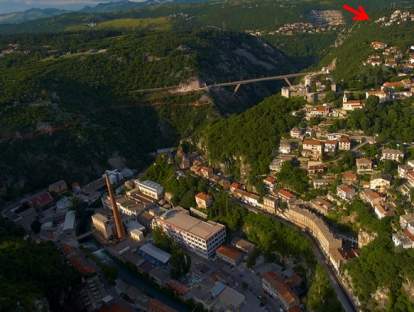 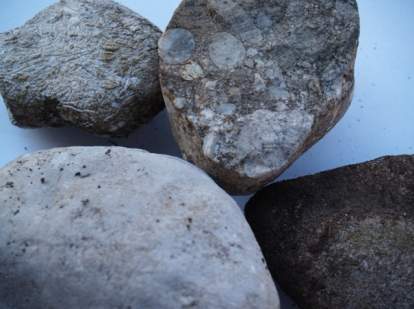 Photo 1. Various types of pebbles from the site at the edge of the Rječina
Canyon near Strmica. (Photo by M. Randić)

RJEČINA DAY/DAY OF ACTION FOR RIVERS

The location of rocks that have been shaped by flowing
water can tell us a very interesting story about the previous life of
a river, stream or torrent.

While studying the plant life of Rječina Canyon near
Strmica at Trsat, we came across a very interesting phenomenon. Namely,
we found pebbles on steep slopes some one hundred metres above the level
at which Rječina River today flows. The pebbles were probably deposited
there at a time when this littoral river flowed at a higher level above
the sea.

The pebbles vary in size and, even more interestingly,
they display an unusually large diversity in the composition of rock from
which they are made (Photo 1). For example, there are pebbles made from
carbonate rock (the fossils of foraminifera are visible in some pebbles
made of limestone) as well as from sandstone, and there are also conglomerates.
At about 150 metres above sea level (Photo 2), we discovered preserved
“nests” of pebbles on the steep slopes at the canyon edge not
far from Dolac at Strmica (alongside the footpath known as The Gospel
which the people of Grobnik used as a pilgrimage path to the church on
Trsat). The second preserved “nest” is located some ten metres
lower down the canyon’s steel slope; here the pebbles are much larger.

If our assumption is correct that these pebbles – in
particular, the conglomerates embedded with even tinier quartz pebbles
– were deposited by the Rječina River in some much earlier geological
period, then they could tell us an interesting story about earlier geological
events, such as past slope processes, erosion processes, the redepositing
of rock material and even tectonic movements in the river’s paleo-basin.
These types of rocks (for example, conglomerates with quartz pebbles cemented
with carbonate binders) can no longer be found in the present-day basin
of Rječina River (or at least we have no knowledge of them).

Hence, we invite geologists to study these “pockets”
of pebbles in Rječina canyon and to give us their opinion of this interesting
phenomenon.

Photo 2. Many interesting natural phenomenon are still hidden in Rječina
Canyon. The arrow in the photo points to one of the sites of pebbles found
at the canyon’s edge. (Photo by Želimir Gržančić)