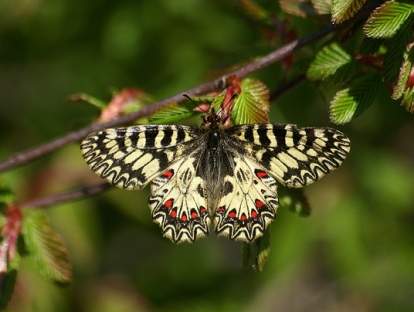 Photo 1. A southern festoon butterfly in the mountain hinterland of Rijeka
(Photo by Dario Štefančić)

Southern festoon butterflies have been known to appear
on the outskirts of Rijeka, in the regions of Gornja Vežica and Sveti
Križ. On sunny days they could be seen flying around on warm, southern-exposed
slopes covered in sparse underbrush and more or less overgrown areas that
once were rocky pastures of the association Stipo-Salvietum officinalis
(feathergrass and medicinal sage).

At that time of year, they were mostly found in the company
of large tortoiseshell butterflies (Nymphalis polychloros) and nettle-tree
butterflies (Lybithea celtis). While the former mainly fed on sweet fluids
dripping from injuries on tree trunks (the Montepellier maple, in particular),
the former preferred to alight on blossoming cherry plum tress (Prunus
cerasifera). We didn’t have an opportunity to see southern festoon butterflies
feeding, although we did occasionally see them resting on low vegetation.

Interestingly there are no pipevines (Aristolochia spp.)
in that area, which is intriguing because pipevines are host plants for
the southern festoon’s caterpillars. So, what are these butterflies doing
in such an area? We knew there were rich southern festoon populations
in the mountains of Rijeka’s hinterland, for example on Mt Obruč, where
the butterflies could be found in the zone of hop hornbeam copses up to
approximately 900 to 1000 metres above sea level but always in places
rich in pipevine populations. Our thanks to Dario Štefančić, our valued
collaborator, for sending us the lovely photo of a southern festoon butterfly
taken in such a habitat in Rijeka’s hinterland mountains. We have also
found southern festoons on Krk Island but again only in the vicinity of
their host plant, the pipevine.

This spring, after climbing up some steep slopes, we
discovered pipevine growing on screes above Martinšćica, Draga and Draški
Potok. Finally, all the pieces needed to solve the puzzle of the appearance
of southern festoons on the outskirts of Rijeka fell into place. Interestingly,
the population of pipevine we found has a different ecology from the pipevine
usually found as a characteristic species in hop hornbeam copses. Namely,
Prof Stjepan Horvatić was the first to describe the pipevine growing on
screes on Pag Island as an endemic Croatian pipevine (Aristolochia croatica).
We will endeavour to continue monitoring the southern festoon population
in the outskirts of Rijeka and will try to take a photo of the butterfly’s
caterpillars and publish it on our Web pages. Until then, we invite our
readers to report what they know about this butterfly that deserves our
care and protection.