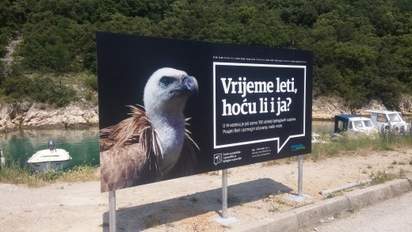 The promotional campaign of the Beli Visitor Centre and Griffon Vulture Rescue Centre was launched in late May. Upon selection of the winning design by Tihana Starčević for the Centre’s visual identity, focus was placed on planning and carrying out promotional activities. First, for its readers the newspaper Novi list printed giveaway posters promoting the powerful message the Centre is sending. Then, jumbo posters were put up in the ferry ports of Valbiska, Merag and Porozina, and posters and banners, on Jadrolinija’s ferry boats running between Valbiska and Merag. With this campaign we aim to enhance the visibility of the Centre among the general public and to motivate people to visit the Centre. By doing so, not only will they be able to enjoy a wonderful and educational experience, but they will also be providing support to the Centre’s efforts and to the conservation of Griffon vultures in Croatia and in the Kvarner region.

In Croatia, the Griffon vulture population, numbering some 100 pairs, can still be found only on the Kvarner islands. Because the Griffon vulture is a strictly protected species in Croatia, the primary objectives of the Griffon Vulture Rescue Centre in Beli are to ensure the conservation of the species by educating the public, monitoring vulture populations, rehabilitating vultures at the rescue centre and promoting sustainable tourism valorisation of the island’s natural and cultural heritage.

We would like to extend our sincere gratitude to everyone who has, in any way, contributed to the work of the Centre and to the conservation of the Griffon vulture and we invite you to visit the Centre. 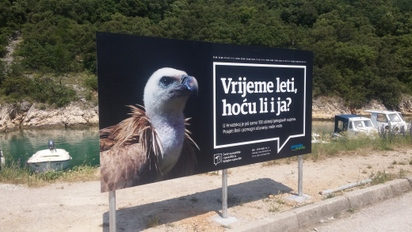 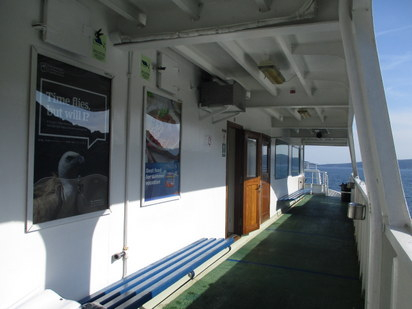 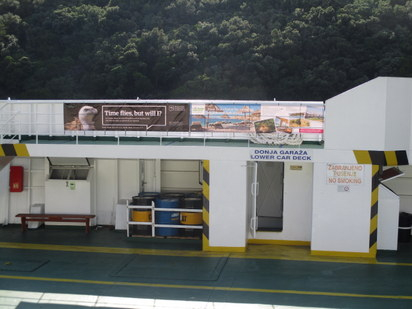 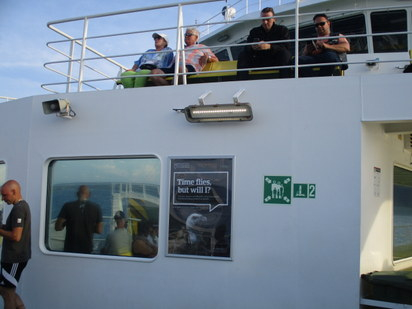