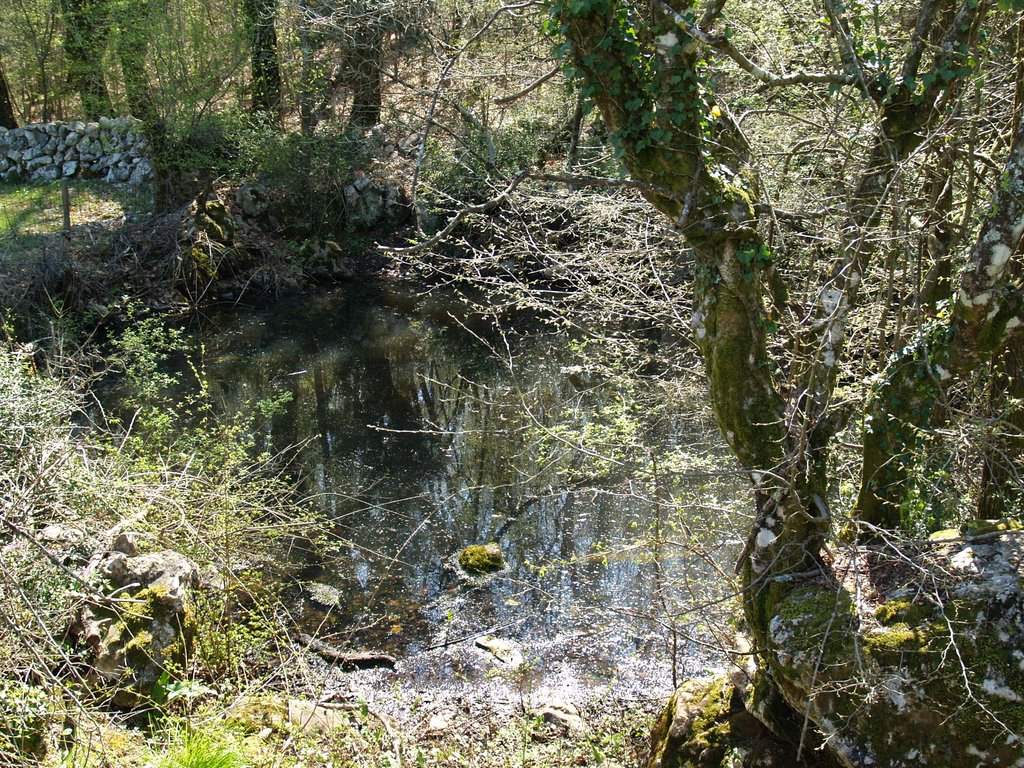 The ponds of Dubašnica on Krk Island

The lush forests and copses of Dubašnica, stretching across the hinterland of Malinska on Krk Island, are well-known for flowering cyclamens and orchids in the springtime, the shade of old downy oaks in the summer and the abundance of fungi species in the autumn. The deciduous forest vegetation alternates with spacious, flat fields covered in grass or olive trees. Here and there you can still see grazing sheep – the Krk Pramenka – which impart a special charm to this sylvan and pastoral landscape. Narrow cart roads, with dry-stone walls bordering on both sides, crisscross these areas. The fields are entered through quaint wooden gates.

In just such a typical rural area, known as Ravno, located near the hamlet of Milčetić, I happened to meet a man named Peter from the hamlet of Zidarić as he was leaving his olive grove. While talking with him, I learned a handful of interesting facts about the rural past of Dubašnica and about the eight ponds of Dubašnica. These ponds with interesting names – Lašor, Jesenovac, Zaharija, Pišjivac, Ribarićeva, Stara, Stunjina and Krč – were once used for watering livestock, at a time when cattle in this area numbered in the hundreds! Some of the ponds were used to water livestock in times of drought. Hay for livestock was made on the hayfields near the Old Cemetery, because that’s where the hay was the most abundant, probably due to the deep soil and more humid micro climate. Still today the region surrounding the Old Cemetery stands out in the landscape of Dubašnica because of its very deep and rich soil, known as crvenica (red soil).

Before parting, Peter was kind enough to take me to yet another important pond in the region, the Dolac pond at the hamlet of Turčić, which he said “(almost) never runs dry”. This pond was used as a source of drinking water in the past. The pond is located in a very interesting place, at the edge of a wide, shallow doline surrounded by forest. The pond is fed by the catchment area of the wooded slope overlooking the doline. 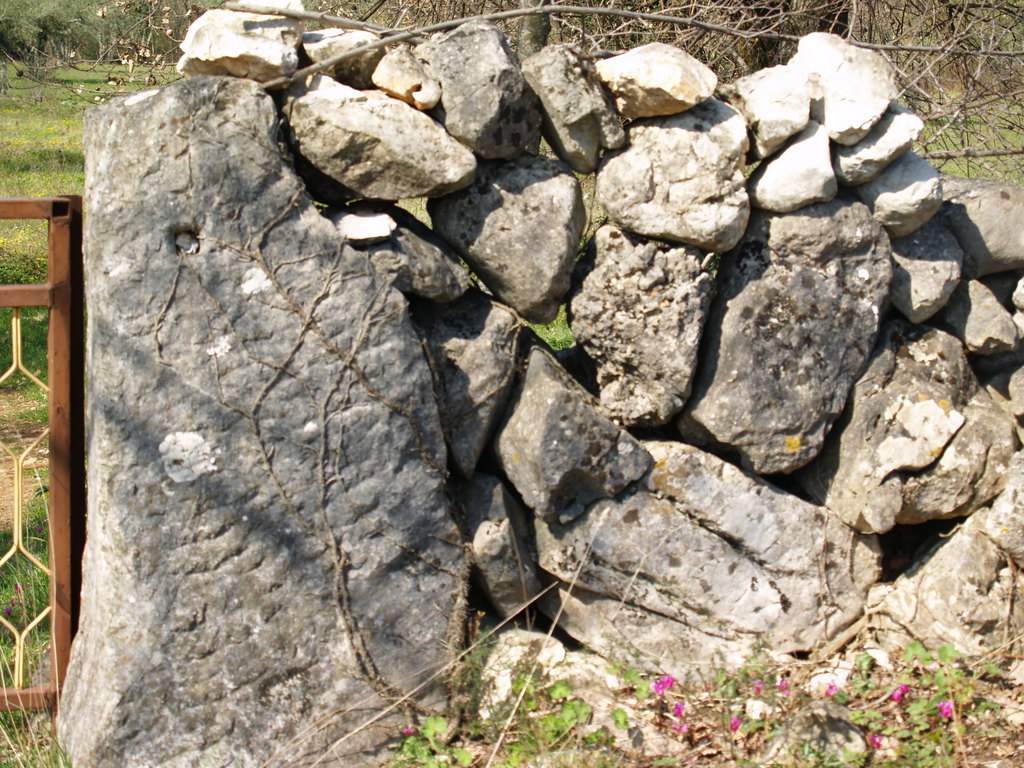 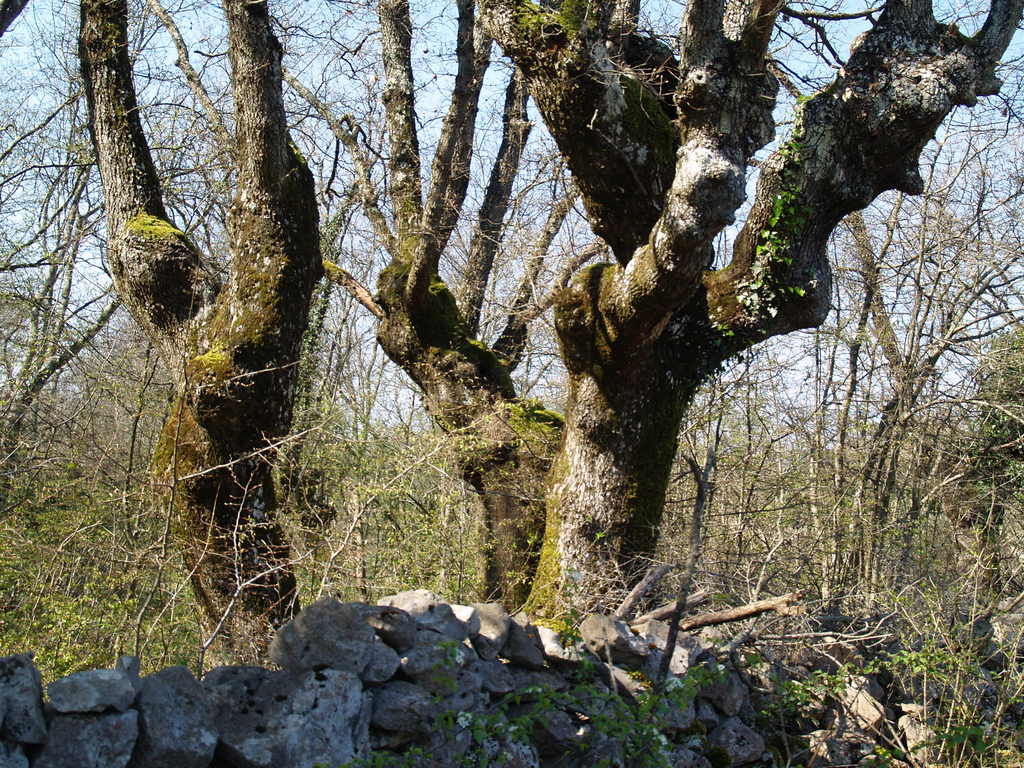 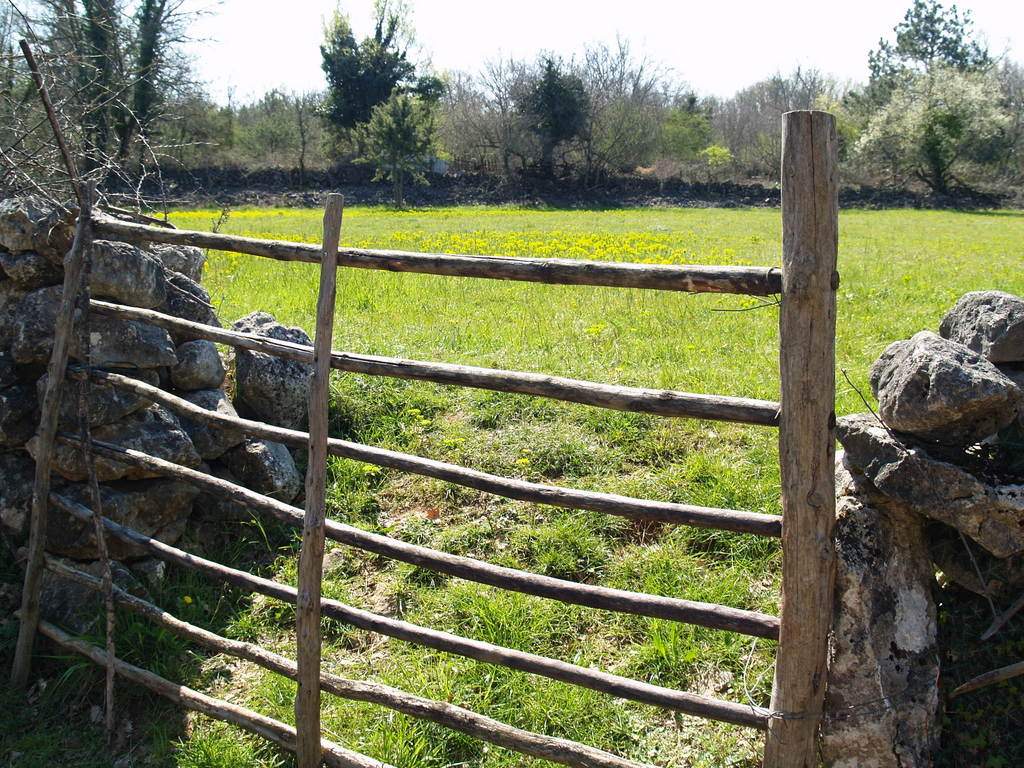 WOODEN GATE AT THE ENTRANCE TO A FIELD. 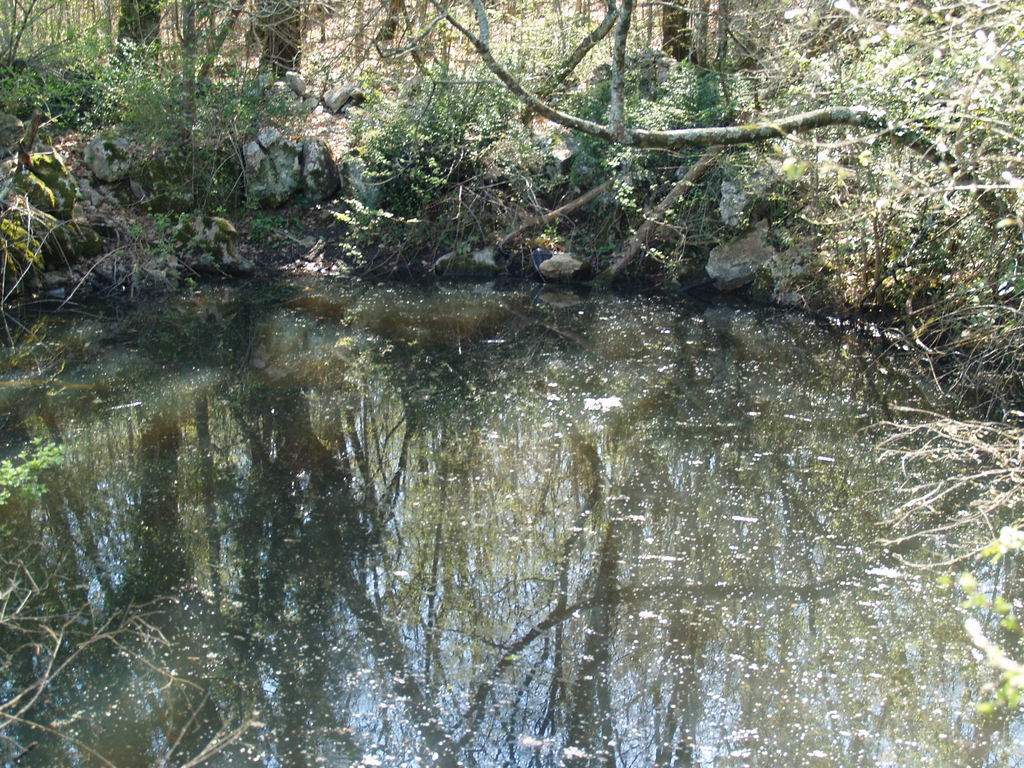 DOLAC POND NEAR THE HAMLET OF MILČETIĆ.