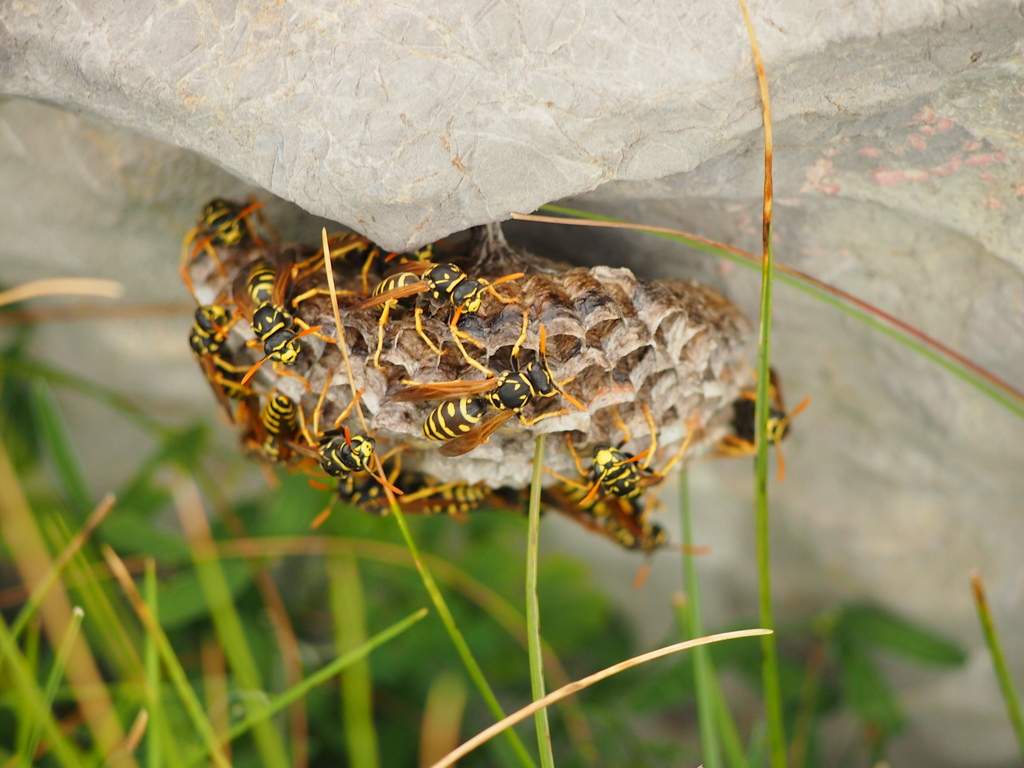 On the dry meadows and rock pastures in the environs of Rijeka we can often come across the nests of wasps in the genus Polistes. The best known wasp in this genus is P. gallicus. Fourteen species in this genus have been recognized and described in Europe up to date. It is, however, often difficult to tell them apart at the species level because they have very similar appearances. Being social insects, these wasps build nests with combs in which the adult wasps rear larvae. We have often run across these wasps while carrying out research on grasslands at Natura 2000 ecological network site HR2000707 Gornje Jelenje in the direction of Mt Platak. Despite having a stinger attached to a venom gland, the Polistes wasps have so far proved to be quite amicable.

Polistes wasps build nests that are connected by a short stalk to the stem of a plant or are attached to the underside of a protruding rock. The material the wasps use to build their nests is similar to paper pulp used in producing paper and cardboard. The wasps make this “paper” by chewing certain plant parts – they are especially fond of dry, semi-decayed tree parts – and then extracting fibres from the pulp. The plant fibres are mixed with secretions from the wasp’s mouth. When these secretions, mixed with fibres, harden in the open, they provide vital protection to the nest, keeping it safe from rain and harsh weather.

The nest is built with the comb facing downward, while the protective layer is on the top side. The nest is suspended from a surface by a short, particularly robust, stalk. Variations in the size of the nests of Polistes wasps have been observed. As a rule, nests built in secluded locations tend to be larger than nests made in the open. The wasp nest in the photo was built in a sheltered spot on a glacial erratic of the kind found at the foot of Mali Platak.

NEST OF THE POLISTES WASP (PHOTO BY M. RANDIĆ) 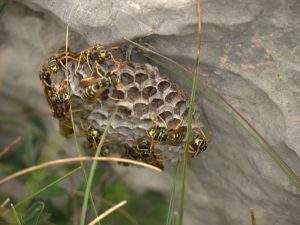 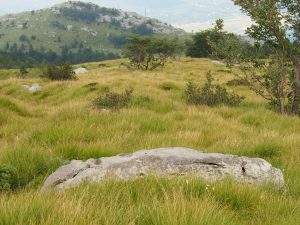