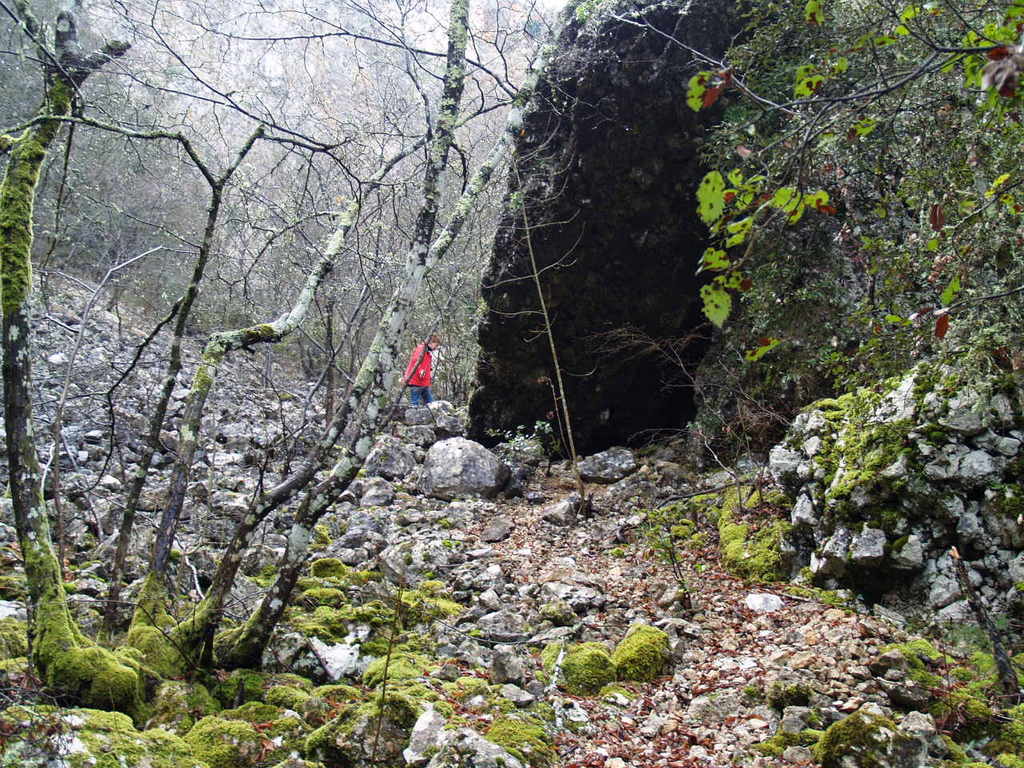 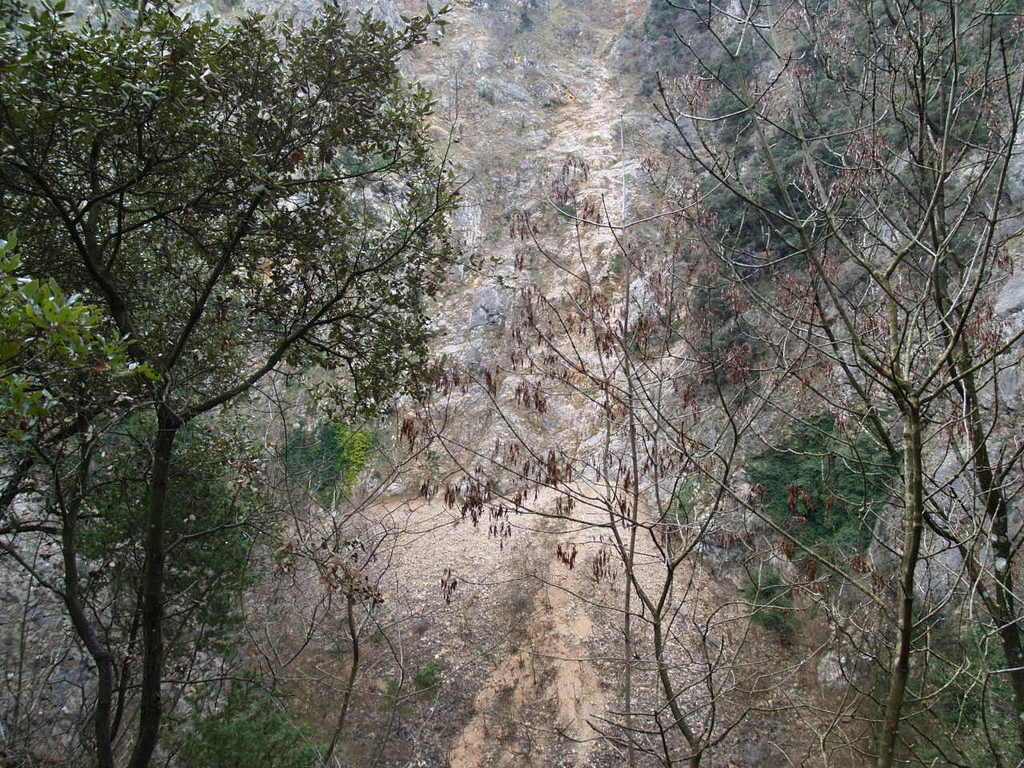 ROCK CREEP ON THE STEEP SLOPES OF MERAŠKA PIT (PHOTO TAKEN FROM THE ARCHIVES OF P.I.“PRIRODA“)

Meraška Pit is an unusual geomorphological structure carved into a slope, to the left of the ferry dock and village of Merag.  It is a rare and very impressive example of a collapse doline on Cres Island. Probably it was formed in the distant past when the roof of a large underground  cavern caved in. The sides of Meraška Pit are steep and rocky, while on the bottom of the doline a great deal of rock debris and many large boulders have accumulated, testifying to the huge breakages and cave-ins of rock that have occurred here in the past.

The pit has formed on the northern (shaded) side of the island’s coastline. A special micro climate has developed within the pit as a result of its shape and depth. That’s why this site is a kind of refugium for a handful of species, adapted to increased humidity of air and soil and to modified temperatures at the bottom of the pit.

The special features of this habitat and the effect of its micro climate on plant and animal life are manifested in the lush forest vegetation and multitude of moss and ferns that cloak the rock debris and boulders on the pit’s floor. Several plant species that are rare on Cres Island also thrive on the bottom of the pit. These plants are relicts from earlier and colder periods of Earth’s past. One such plant is the nine-leaved toothwort (Cardamine ennaeaphyllos), a spring flower of the Mustard family. It has pale yellow flowers and typically grows in continental beech forests. The precipitous rocks on the walls of the collapse doline are also the habitat of rare rock-loving bird species and interesting plant species, such as the endemic Istrian bluebell. 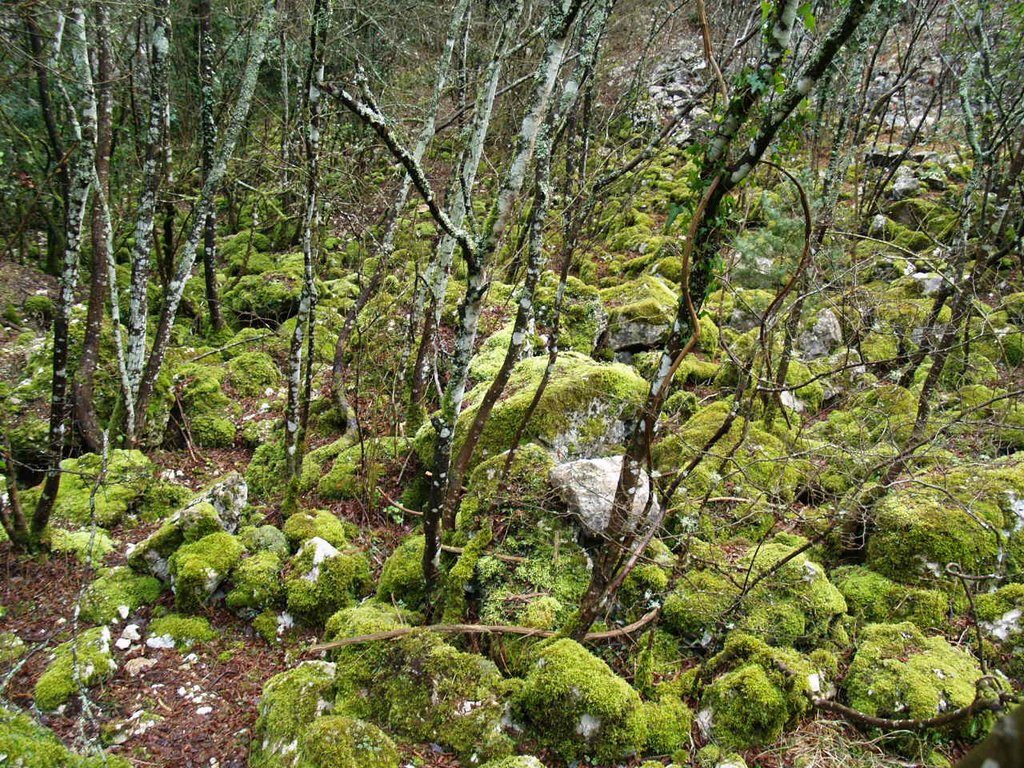 FOREST AND MOSS ON THE ROCK DEBRIS AT THE BOTTOM OF MERAŠKA PIT. 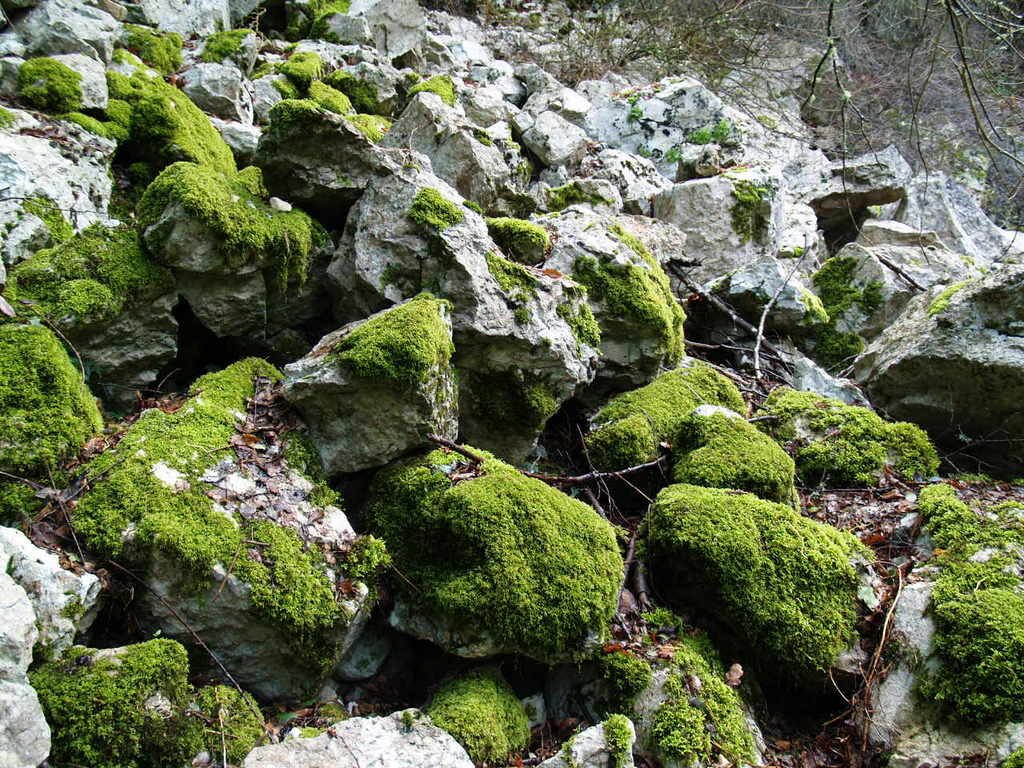 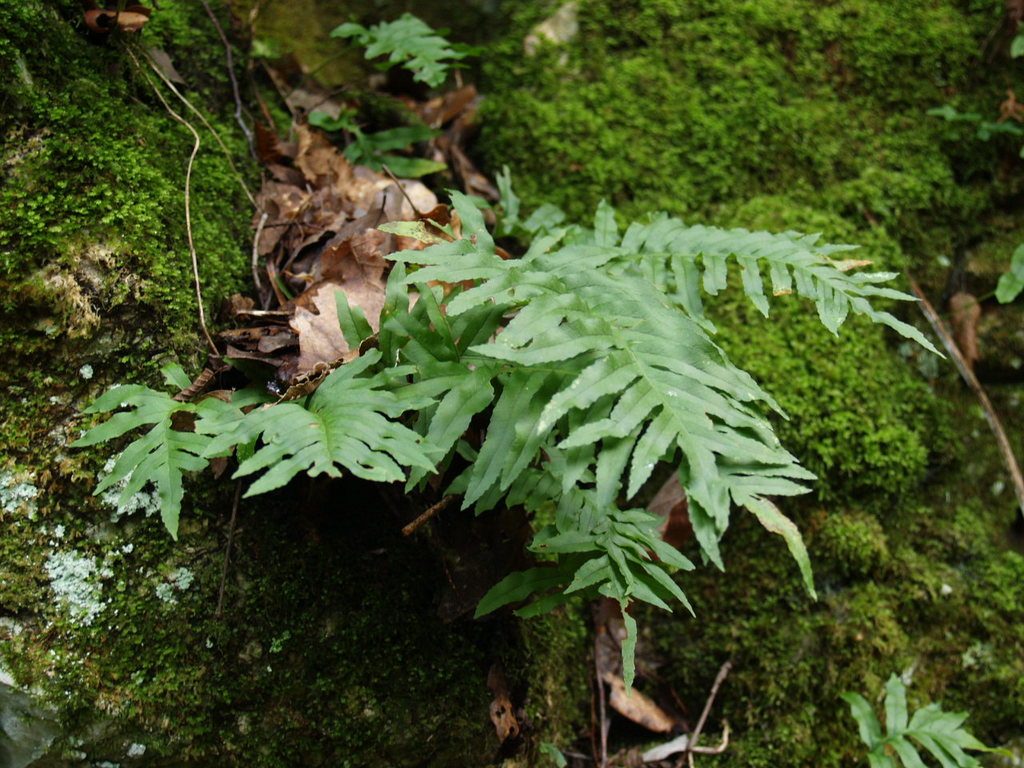 THE SOUTHERN POLYPODY, A FERN, IS FREQUENTLY FOUND ON THE MOSS-COVERED ROCKS AT THE BOTTOM OF MERAŠKA PIT.