Fourteen lynxes from Slovakia and Romania will be relocated to Croatia and Slovenia in an effort to stop the Dinaric lynx populations from dying out.

A lynx from Romania is already on its way to bolster the Croatian population. The relocation of lynxes is the crowning feature of the LIFE Lynx project, aimed at preventing the extinction of the lynx in the Dinarides.

Last week, two lynxes were captured in Romania using special traps. The first lynx, named “Goru” is heading for Slovenia, and the second, still unnamed, lynx is on its way to Croatia. Over the next five years, a total of 14 lynxes will be relocated from Slovakia and Romania to Croatia and Slovenia. 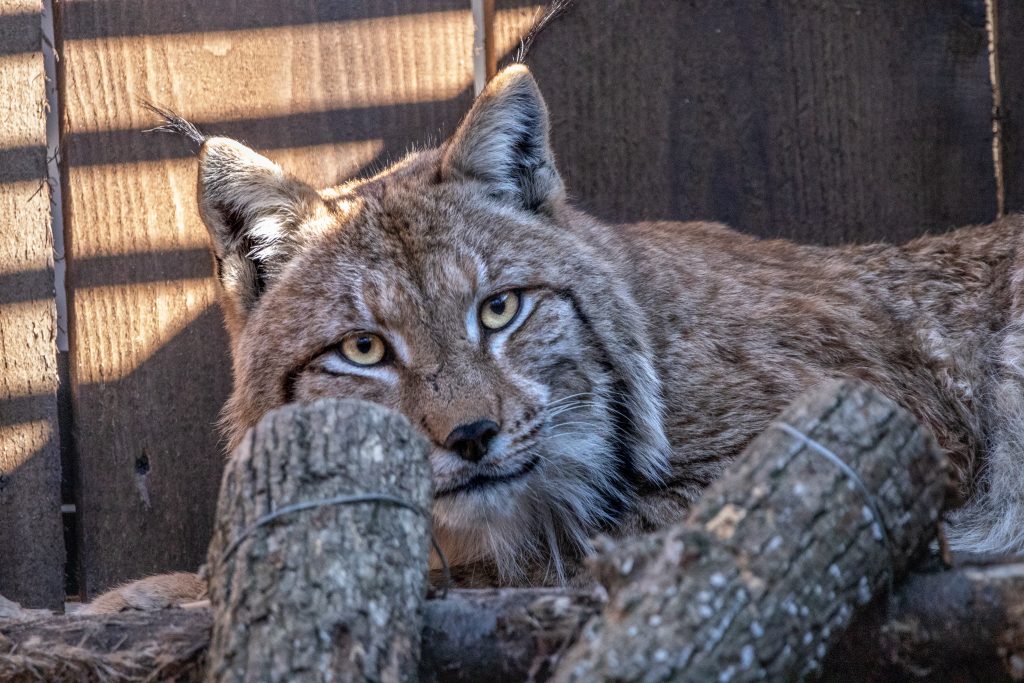 “A beautiful lynx hailing from the sub-Carpathian forests will find a new home in Gorski Kotar. The lynx is a male, about four years old and weighing 21 kg. At present, the lynx is in quarantine and we can hardly wait for it to arrive in Zagreb in a few weeks’ time,” said Magda Sindičić, PhD, assistant professor at the Faculty of Veterinary Medicine of Zagreb University.

THE LYNX, AS YET UNNAMED, THAT IS ON ITS WAY TO CROATIA. PHOTO BY MIHAI POP

A CLOSE-UP OF THE LYNX COMING TO CROATIA FROM ROMANIA. PHOTO BY MIHAI POP

Today’s lynx population in Croatia and Slovenia is made up of the descendants of animals that were reintroduced by hunters in Slovenia. In the early 20th century, the lynx population in our region was wiped out by overhunting, habitat fragmentation and prey loss. So, in 1973 Slovenian hunters relocated six lynxes from Slovakia to the forests near Kočevje.

As the descendants of those six animals have been breeding for the past 45 years, genetic changes have emerged that are now a threat to the lynxes’ survival. The secluded lifestyle of the lynx makes it difficult for researchers to determine the exact number of these carnivores. Today it is estimated that between 40 to 60 lynxes live in Croatia and only some 20, in Slovenia.

“There has been a downward trend in the lynx population since the 1990s and so-called fresh genes are essential if the population is to be saved. Humans have fragmented the lynxes’ habitats, leaving their populations isolated in both Croatia and Slovenia. Now it is up to people to compensate the lynxes for their loss. Special attention must be attached to monitoring the lynx populations and enabling them to interact with non-related lynxes relocated from the Carpathian Mountains,” pointed out Sonja Šišić, MSc, head of Public Institution “Priroda”.

The first phase of the large international LIFE Lynx project, co-funded by the European Commission, focused on making thorough preparations for the arrivals of new individuals. Camera traps were set up in lynx habitats in Croatia and Slovenia, and samples were collected for DNA isolation to identify, among other things, which areas would be the most suitable for the new animals. The lynx is a solitary and territorial animal. The territory of a male lynx can range from 200 to 400 square kilometres. The lynx will only live in a preserved habitat that can provide it with shelter and food.

“We are happy that the first lynx will be released in Risnjak National Park, which actually owes its name to this majestic animal (ris = lynx). We hope the new arrival will stay within the territory of the Park or in its vicinity as that would enable us to carefully monitor it in the years to come,” said Miljenko Gašparac, head of Risnjak National Park.

In Croatia, the Faculty of Veterinary Medicine of the University of Zagreb, the Polytechnic of Karlovac and the BIOM Association are involved in the lynx repopulation programme, with the support of Public Institution “Priroda” and Risnjak National Park.

THE LYNX IS THE LARGEST CAT IN EUROPE. IT SYMBOLISES PRISTINE NATURE, TEEMING WITH PLANT AND ANIMAL LIFE, AND NEEDS TO BE SAFEGUARDED FOR THE COMING GENERATIONS (PHOTO BY MATEJ VRANIČ, LIFE LYNX)

You can find more information on this project at the website https://www.lifelynx.eu/?lang=hr and on the Facebook page www.facebook.com/lifelynx.hr.