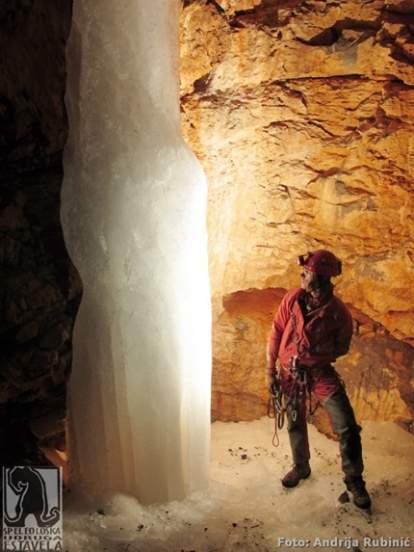 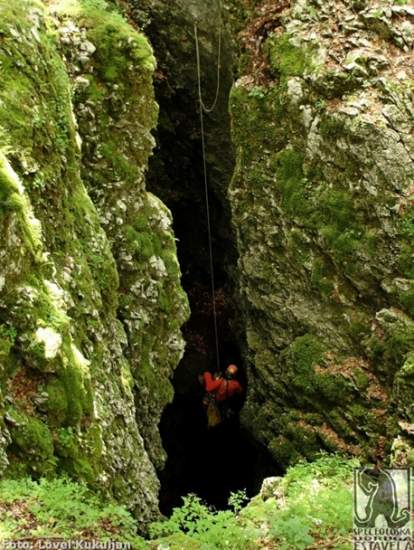 Photo 1. One of the entrances to the pit (Photo by Lovel Kukuljan, SAE)
DEEPEST PIT UP TILL NOW FOUND ON OBRUČ MOUNTAIN

In the summer of 2012, the Speleological Association
“Estavela” (SAE) of Kastav received information about the existence
of a pit near a site called the Iron Gate located in the broader region
of Obruč Mountain. Considering that there are no known cave structures
in this area, SAE members decided to follow up on this lead. Following
a series of explorations, it became evident that this important and extremely
interesting 100-metre deep pit is the deepest pit found up to date in
the Obruč region. The pit has one larger and two smaller entrances that
are joined to the cave’s vertical shaft. The shaft leads to a chamber
at the bottom of the pit which contains a considerable amount of ice.
Pits in which snow and ice remain all year round are called ice caves,
and they can often be found in the mountain areas of karst regions.

The SAE reported their interesting finding to PI “Priroda”.
As such information helps us in managing the protection of the entire
area, we look forward to cooperating with the SAE in the future as well.
Because the Obruč Mountain cluster is a valuable nature asset in need
of protection, it is currently undergoing intensive research. Certain
studies have already been made of the region’s flora and fauna, as well
as of some of its speleological features. The Obruč Mountain cluster has
been proposed for protection in the category of Regional Park, and it
has been shown to be one of the most valuable areas in Primorsko-Goranska
County in terms of biology and landscapes.

*We are very grateful to Andrija Rubinić and Lovel Kukuljan
of the SAE for letting us use their photos and data.

Photo 2. Ice formations at the bottom of the pit (Photo by Andrija Rubinić,
SAE)