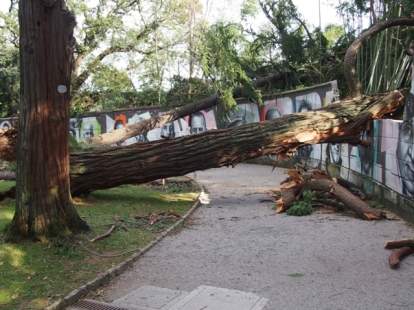 The gale-force bora wind that began blowing around 3
a.m. on the morning of 7 October toppled several stately tree specimens
in Angiolina Park, Margarita Park and St. Jacob’s Park, the three Opatija
parks managed by Public Institution “Priroda”. Angiolina Park
suffered the most damage. Among the trees knocked down was a Californian
incense cedar (Calocedrus decurrens), more than a hundred years old, and
a Himalayan cedar or deodar (Cedrus deodara). The trunks of both trees
damaged the wall separating Angiolina Park from the Opatija Summer Stage.

Many people wonder how it was possible for the wind to
literally pull these healthy trees out of the ground where they had been
standing for more than a century. The answer lies in meteorological data,
namely, in the speed of the wind and in the amount of rain that fell.
The maximum wind speed measured that night in the Opatija area was 148
km/h, while more than 80 mm of rain had fallen in the region in the two
previous days. The rain-soaked roots of the old trees were simply no match
for the gale-force gusts of wind.

The workers of “Parkovi” of Opatija have removed
the fallen trees and the damage caused by the storm is soon expected to
be fully repaired. What remains, however, is the fact that in just a single
day Opatija’s parks lost several of their proud symbols. 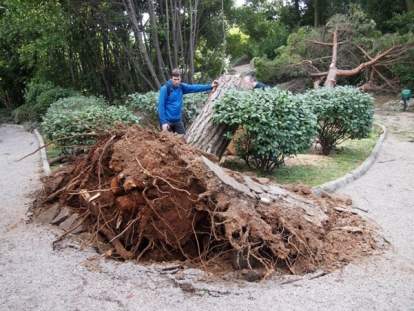 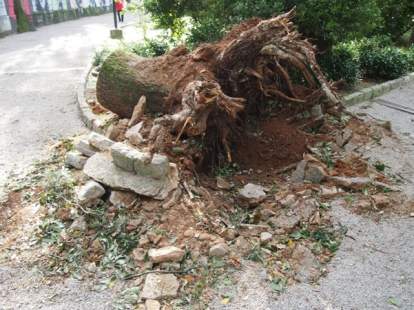