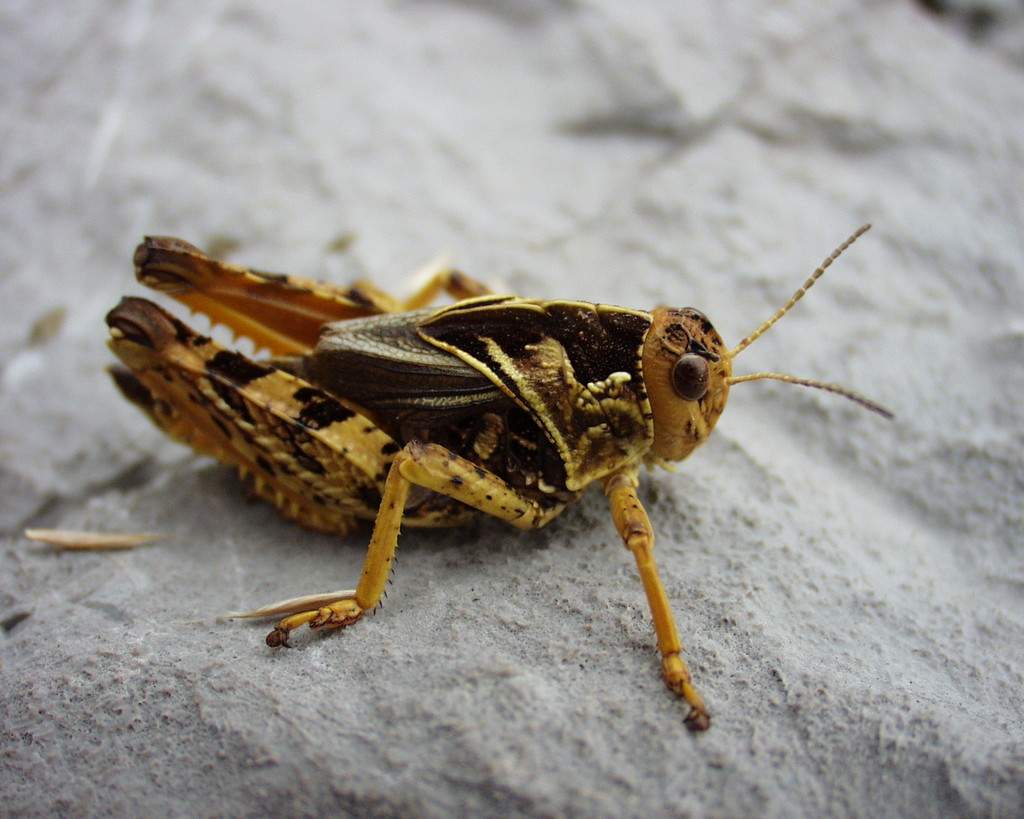 The Dalmatian stone grasshopper (Prionotropis histrix) is a large, thick-set insect, whose appearance reminds us of a medieval armoured soldier. Armed with barbs along its legs, it does seem rather scary. The black-brown and yellowish shades of its body match the colours of scorched grass, lichens and stones, making it perfectly adapted to rocky grassland habitats and the arid conditions of karst pastures. The Dalmatian stone grasshopper is one of the characteristics species found in these habitats. 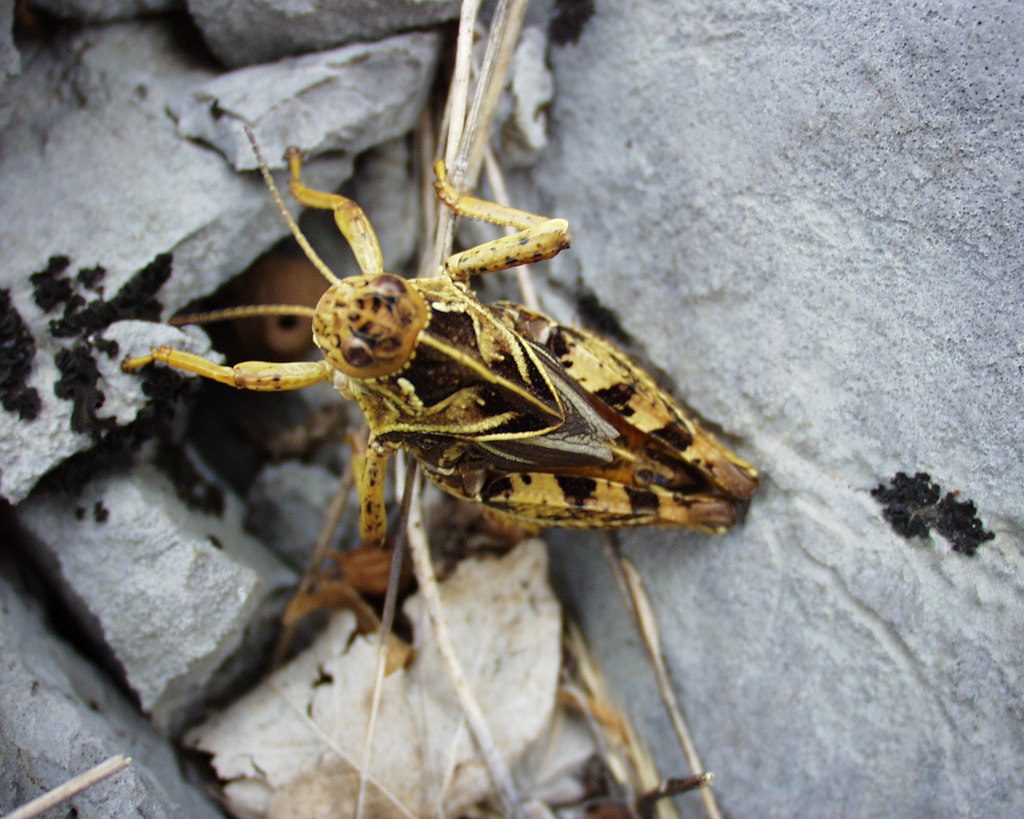 THE COLOUR OF THE DALMATIAN STONE GRASSHOPPER IS ADAPTED TO ITS ENVIRONMENT (Photo by M. RANDIĆ).

It is endemic to the eastern Adriatic coast and its range stretches from the karst region of Trieste and Slovenia across Croatia (including some Adriatic islands) to Bosnia and Herzegovina. The Dalmatian stone grasshopper is considered to be a globally threatened species as a result of loss of habitat (caused by shrub encroachment on pastures due to a decline in traditional sheep grazing), fragmented (sub)populations, and large oscillations in the number of adult individuals in particular sites. We came across the Dalmatian stone grasshopper on Cres Island. The spacious pastures in the central part of the island, for example, near Belej, are especially suited to the grasshopper, although it can be found in other parts as well. The photos were taken on the rocky pastures of Kamenjak, in the hinterland of Rijeka. It is interesting to note that the species was first scientifically described based on a specimen captured on Krk Island (locus typicus). 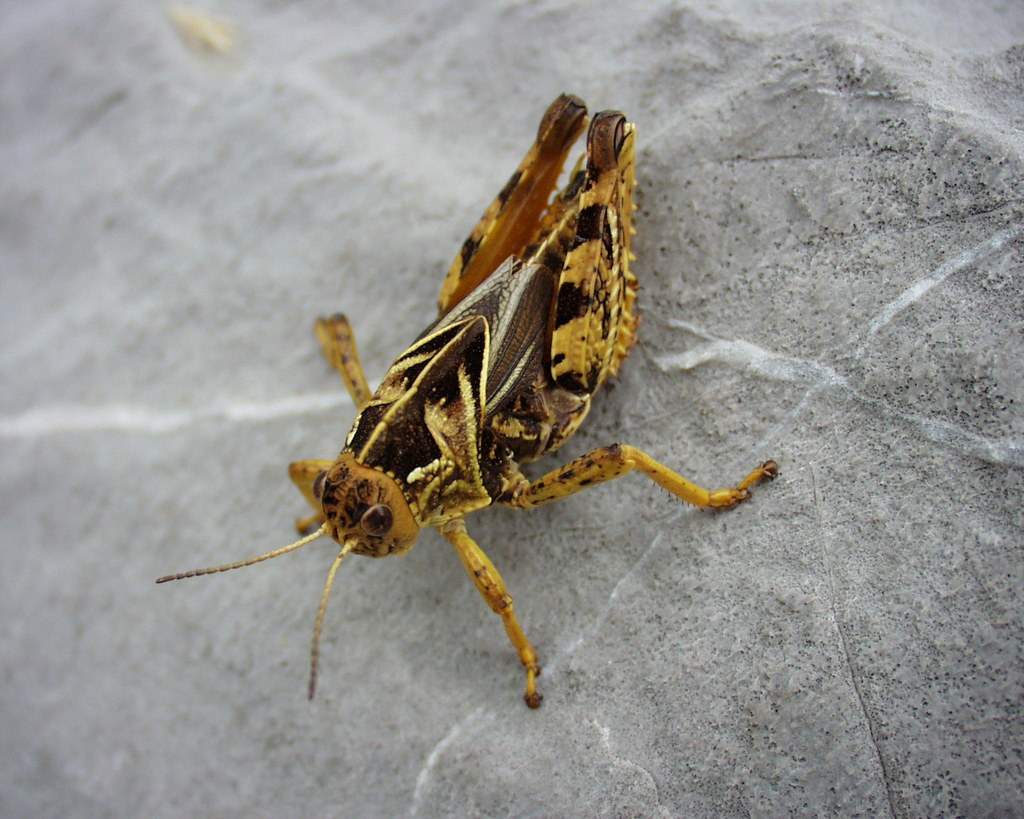 THE GRASSHOPPER HAS A PROMINENT PRONOTUM AND SHORT WINGS (PHOTO BY M.R.). 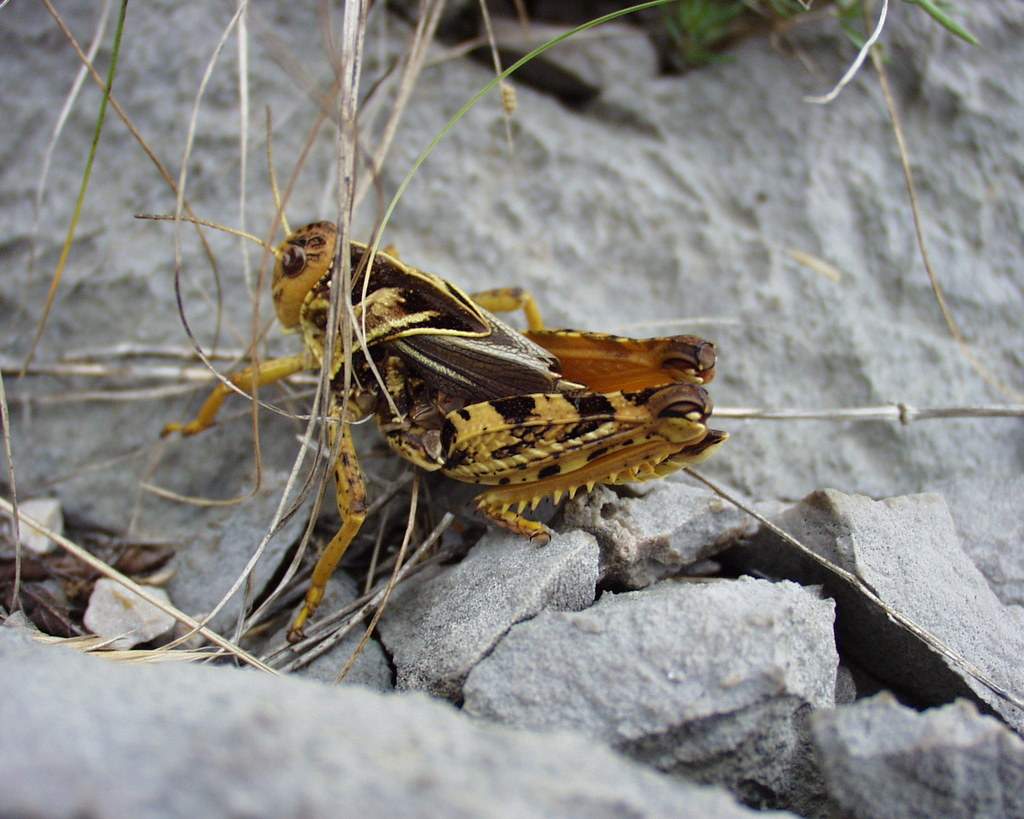 THE YELLOWISH STRIPES ON THE GRASSHOPPER’S BODY LOOK LIKE THE STEMS AND BLADES OF DRIED GRASS, AND THE BLACK PATCHES, LIKE LICHEN ON ROCK (PHOTO BY M.R.)