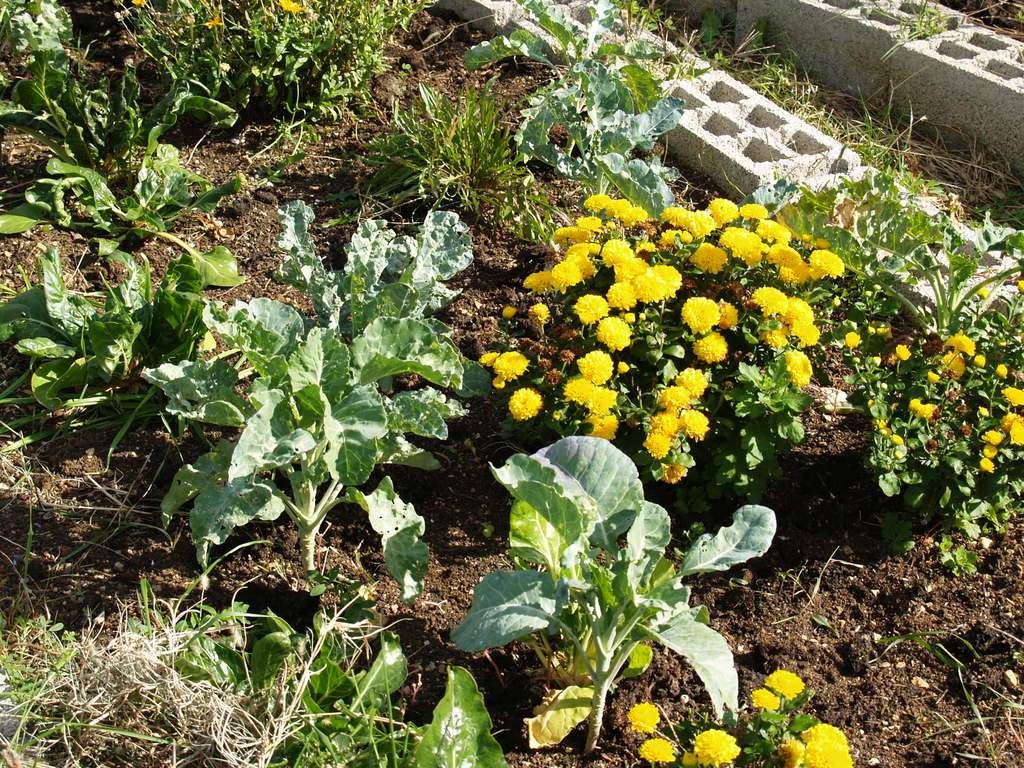 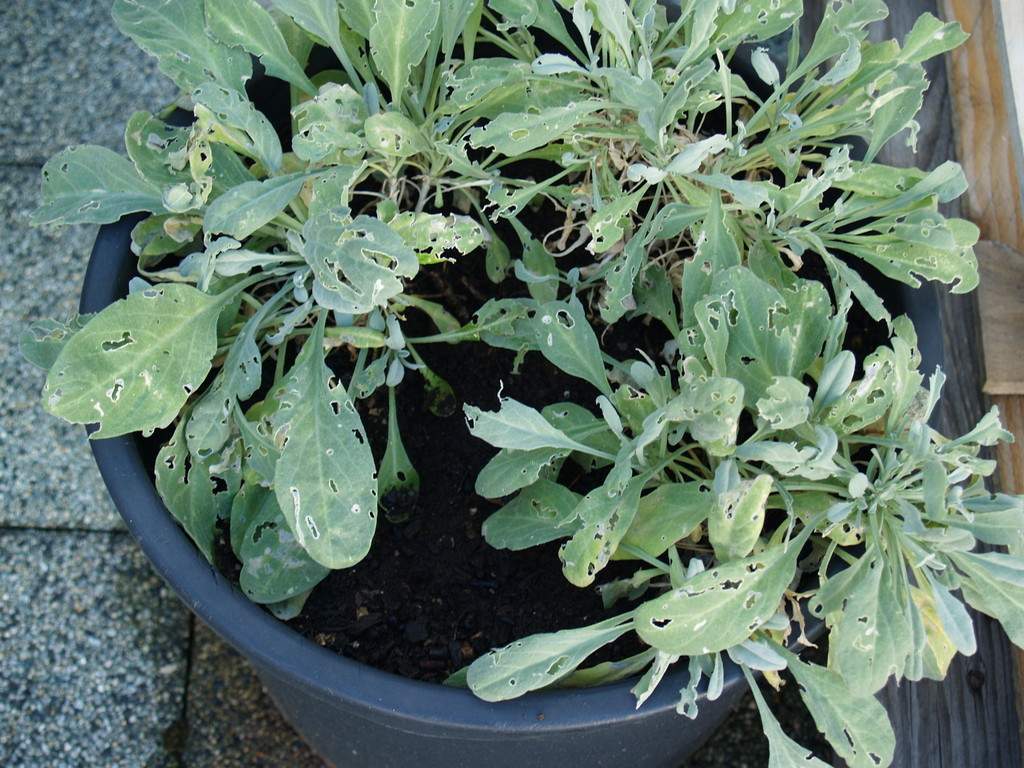 In Gornja Vežica Primary School, for several years now, the endemic plants of the wider Rijeka region are grown successfully. The mini-project included the Public Institution “Priroda” that provided mother plants and breeding licenses. Thanks to the care of school pupils and their professor Nevena, this season, the endemic Adriatic Aurinia was very successfully multiplied (Fig. 1 and Fig. 2). However, a part of the young seedlings was attacked by some insect during the summer, so the leaves become severely damaged (Fig. 1). We did not find the insect, but similar bites were observed on kale leaves (but damages on kale were also caused by cabbage bugs, Fig. 3). Therefore, we can assume that a kind of insect that damaged the foliage can be a white cabbage butterfly whose caterpillars feed on plants from the cabbage family. We hope that the seedlings will continue to recover from the damage, and we plan to transplant them into the nursery of the “American” gardens in Opatija. 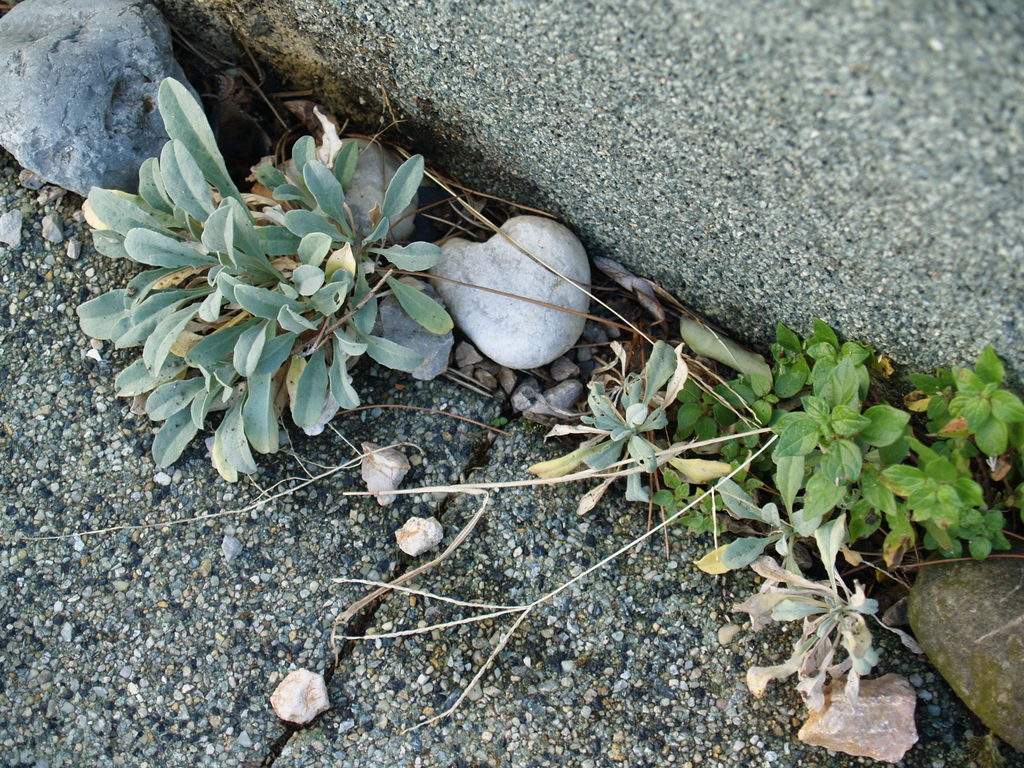 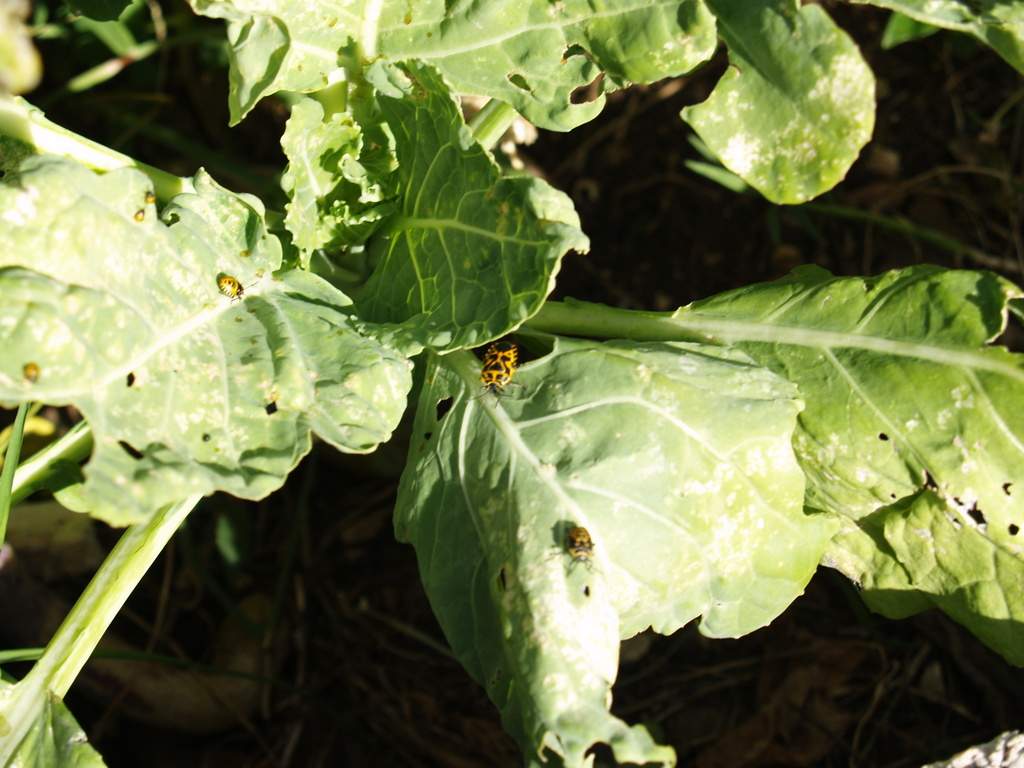 Fig. 3. Kale in the schoolyard with bites (probably of white cabbage butterflie caterpillars) and damage caused by cabbage bugs – the garden is grown in a completely natural way, without using pesticides (photo: JUP).